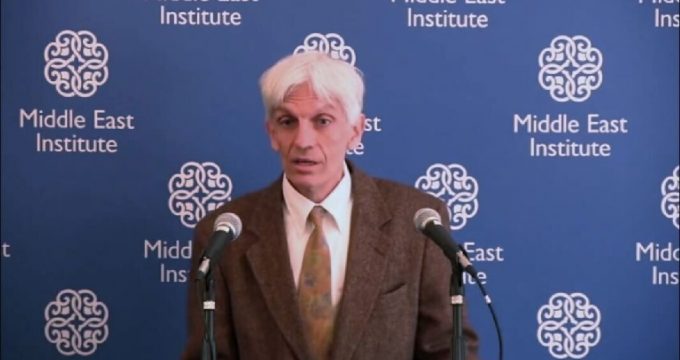 IRNA – US President Donald Trump, by renewing arms embargo against Iran, is to show power to his fans and followers for re-election bid, an American scholar Dr John Calabrese has said.

Dr Calabrese made the remarks in an exclusive interview held with IRNA in New York on Sunday.

Dr Clabrese, who teaches US foreign policy at American University in Washington and is Scholar in Residence at the Middle East Institute, highlighted two reasons behind the US administration’ contortions that are first to renew arms embargo on Iran and second to demonstrate that it is “delivering” on past pledges.

The full text of the interview is as follows:
First, as you know on May 8, 2018, President Donald Trump signed a Presidential Memorandum titled: “Ceasing US Participation in the JCPOA and Taking Additional Action to Counter Iran’s Malign Influence and Deny Iran All Paths to a Nuclear Weapon.”

As I understand it, this Memo constituted the US’ “official withdrawal” from the JCPOA and paved the way for the reinstatement of unilateral sanctions and corresponding American pressure on others to follow suit.

About a month ago, Secretary Pompeo reportedly decided to have his staff prepare a legal document arguing that the US remains a “participant state” in the nuclear deal.

I do not have the legal expertise to make an authoritative statement as to whether this argument is persuasive.

However, it appears to me that the Trump administration is going through these contortions for two reasons: 1) as a means of renewing the arms embargo on Iran and 2) as a domestic political ploy to demonstrate to a portion of its constituency that it is “delivering” on past pledges.

Regarding the first point, renewing the embargo, the Trump administration seems to be preparing the “participant state” argument as an instrument to gain other Security Council members to follow its lead. If they don’t, then the threat is that the US could and would have the right to insist upon “‘snapback sanctions”.

However, it is difficult to imagine that either Russia, or for that matter, China, would accede to a renewal of the conventional arms embargo. European Security Council members — Britain and France — are probably hoping that either Moscow (more likely) or Beijing will obstruct this effort.

In any case, under the JCPOA, the US would have to demonstrate that “snapback sanctions” were warranted. To my knowledge, there is no concrete evidence that Iran is non-compliant. So, it is hard to see how Washington could advance its claim and gain support for it.

This leads me to the second point, namely domestic politics in the heat of the fast-approaching US election season. President Trump — and Secretary Pompeo, for that matter — are on the defensive. Putting the arms embargo renewal and snapback sanctions issues in this context, these maneuvers strike me as being fundamentally about solidifying the “electoral base”.

Note that over the past few weeks, President Trump has taken the side of law enforcement officers, brandished a Bible in front of an historic Church that had been damaged in protests, and called for accelerating the confirmation of conservative judges.

On the foreign policy front, Trump announced the imminent withdrawal of nearly 10,000 American troops from Germany and abrogation of its commitment to the Open Skies Agreement. Then, of course, there are renewed sanctions threats against China for its policies in Hong Kong, toward Taiwan, etc.

Circling back to Iran, against the backdrop of these initiatives, perhaps the outcome is not as important as the “performative” value in domestic political terms.

If the administration’s coercive approach succeeds, it can proclaim “victory”.

Should such an approach fail, it can claim that it tried but was undermined by perfidious strategic rivals and limp, feckless allies.