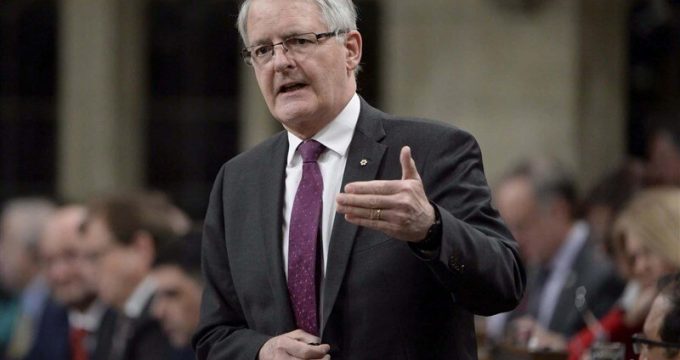 “We think it is perfectly acceptable, in fact, it is a good idea to send those black boxes to France,” Garneau said, according to Canadian media.

“We know that the BEA, which is an agency in France like our Transportation Safety Board, has the capability and the expertise to analyze these boxes and we are strongly encouraging Iran to move those boxes to Paris as quickly as possible,” he added.

Iranian investigators have asked France’s BEA air accident agency to read black boxes of a Ukrainian plane which was mistakenly shot down in January near Tehran.

“Iran’s AAIB recently made a request to the BEA that the recorders should be taken by Iran to the BEA’s premises in France to be read in the presence of representatives of other involved countries and ICAO if the BEA is in a position to accommodate this,” Farhad Parvaresh, Iran’s representative to the UN agency, told Reuters by telephone.

The BEA said it had not formally received the request and remained in discussions with Iran, Canada, and Ukraine on any involvement it may have.

Iran’s Deputy Foreign Minister for International and Legal Affairs Mohsen Baharvand said on June 7 Iran is ready to deliver the black box of the downed plane to a French or any other foreign company capable of decoding it.

“According to our investigations, Iran, Ukraine, and many other countries are not capable of decoding the black box due to the aircraft’s modern technology,” Mehr quoted Baharvand as saying.

“Iran can deliver it to a French or any other foreign company capable of decoding it but we have to make sure that there are no risks of abuse of the black box,” he added.