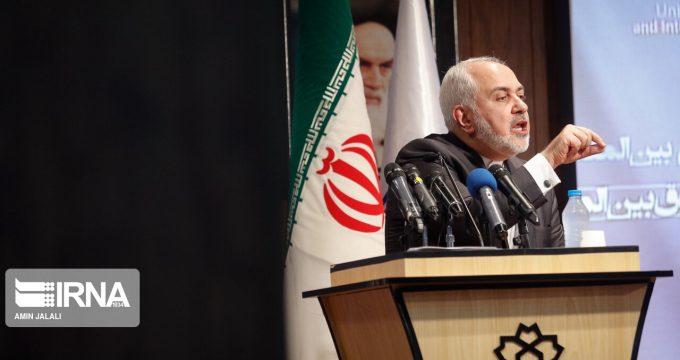 Iran’s coverage: US has no right to abuse UN, IAEA to vilify Iran: Zarif

US retains no right to abuse UN to vilify Iran: FM Zarif

Iranian Foreign Minister Mohammad Javad Zarif said that the United States has no right to abuse the United Nations and the International Atomic Energy Agency (IAEA) to vilify Iran.

Iranian President Hassan Rouhani said the US sanctions on the country have failed to prevent the Islamic Republic from making progress.

Iran on Thursday officially released the photo of a man who has been sentenced to death over spying for the US Central Intelligence Agency (CIA) and the Israeli spy service Mossad.

Iran told the U.N.’s aviation agency on Wednesday that it would send black boxes from a downed Ukrainian jetliner to Paris for analysis, once countries involved in the investigation agree, two sources familiar with the matter said.

A new report by the World Bank Group has projected that Iran would be able to restore its positive economic growth next year despite pressures felt as a result of the spread of the new coronavirus pandemic and sanctions imposed by the United States.

Iranian Ambassador to Iraq Iraj Masjedi met and held talks with Iraq’s Foreign Minister Fuad Hussein on Thursday on the expansion of bilateral cooperation between the two countries.

Iran’s deputy foreign minister for international and legal affairs participated in an extraordinary ministerial meeting of the Organization of Islamic Cooperation (OIC) Executive Committee on Israeli threats to annex parts of the occupied Palestinian territories.

Some 78 more Iranians die from coronavirus over past 24 hours

Health Ministry Spokeswoman Sima Sadat Lari said on Thursday that 78 more Iranians died from coronavirus over the past 24 hours bringing the total number of deaths to 8,584.