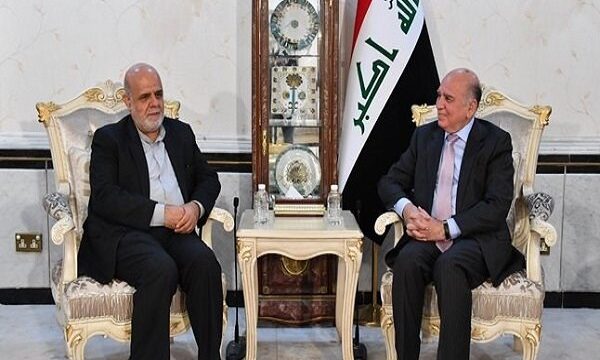 MNA – Iranian Ambassador to Iraq Iraj Masjedi met and held talks with Iraq’s Foreign Minister Fuad Hussein on Thursday on the expansion of bilateral cooperation between the two countries.

During the meeting, Iranian ambassador congratulated the formation of the new Iraqi cabinet and the appointment of Fuad Hussein as the Iraqi Foreign Minister, wishing him success.

The two sides discussed the process of relations between Baghdad and Tehran, the expansion of bilateral cooperation, as well as the latest regional developments.

They also stressed the strengthening of bilateral relations and the need to expand them in order to serve the people of the two countries.