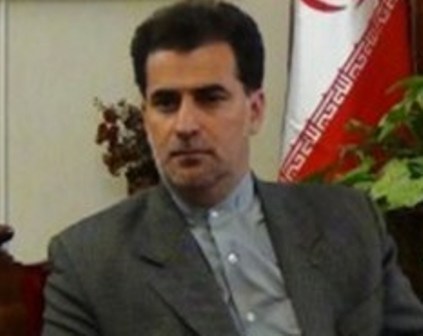 IRNA – Iran’s ambassador to Turkmenistan on Monday described newly-inaugurated bridge between the two countries in Sarakhs as the bridge of friendship, saying that it will help consolidate friendly relations between the two nations.

Talking to IRNA during the bridge’s inaugural ceremony, Gholamabbas Arbab-Khales added, “Turkmens are not only our neighbors but also our relatives and the bridge is the second joint border developmental project between the two countries that was built to promote transit and increase road transportation.”

“After the eradication of coronavirus, we will see a great leap in all affairs of the country, one of which is development of cooperation with Turkmenistan in various fields, including transit and road transportion,” he said.

The country’s attitude towards Iran, and especially Khorasan Razavi province, is such that it can meet all its needs through the existing common border, and Iran has announced its full readiness to resume all-out relations with Turkmenistan, the ambassador said.