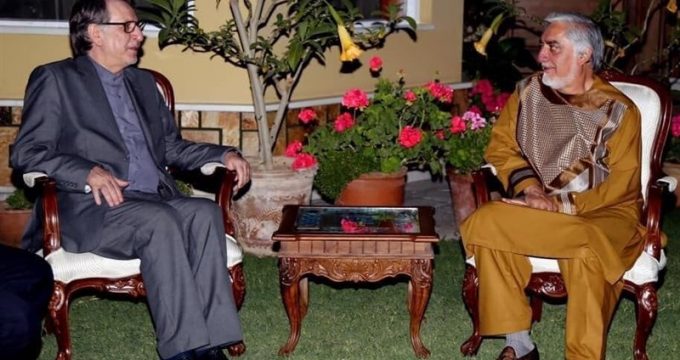 MNA | Ramin Hossein Abadian: The two recent tragic incidents involving Afghan migrants have become a tool in the hands of the common enemies of Iran and Afghanistan to undermine the strategic ties between the two countries.

Two recent tragic incidents involving Afghan nationals have caused some misunderstanding between Afghanistan and Iran. There are also some elements working behind the scene that are making attempts to undermine the deep-seated, historical, and solid relations between Tehran and Kabul. Ill-intentioned news outlets and social media have also been contributing to the escalation of the situation.

In the first incident, which happened over 40 days ago, the Afghan side announced that a number of its citizens, who were trying to illegally enter Iran, had drowned in the Hari River (Harirud) in western Herat Province. Following the announcement, the Islamic Republic of Iran explicitly and clearly stated that it would spare no effort for the further clarification of the various aspects of the incident. Tehran stressed that it would pursue the truth of the matter away from the media hype.

The second incident, which happened on June 3 in the Iranian city Yazd, involved a car carrying illegal Afghan refugees that were being transported to other cities by human traffickers. After the police became suspicious and the driver refused to stop the car, the police officers shot out one of the back tires of the car, which then caught fire after skidding on the asphalt for some 8 kilometers due to its high speed and led to the death and injury of the passengers.

The Islamic Republic of Iran was clearly not to blame for this accident, as the car carrying illegal Afghan immigrants, despite having a flat tire, kept moving for more than eight kilometers, which caused the tire rings to heat up due to friction, and the front of the car caught fire because of the combustion system. Finally, because the driver was unable to control the car, it skidded off the road, hit the center guardrail, and eventually caught fire.

Following the two incidents, many foreign media, including American and Saudi-owned ones, began to magnify the reports and accused Iran of foul play without providing any evidence. These media, which have a long track record in sowing seeds of division among countries, claimed that the Islamic Republic of Iran had deliberately caused the death of the Afghan refugees. This ridiculous claim, which was widely reported on foreign-led social media, was not based on any substantiated evidence.

It was then that Afghan officials, apparently affected by the media hype commandeered by those unhappy with Tehran and Kabul’s strategic ties, also began to take an unfriendly position against Iran.

Despite the Kabul government’s stance, the Islamic Republic of Iran continued to express its sympathy with the Afghan government and people and promised relentless efforts to shed light on all aspects of the incident.

Iran has offered to work with Afghanistan to determine the truth of the matter, and now, more than 40 days later, not the slightest evidence of the involvement of Iranian border guards in the Harirud incident has been obtained.

Despite this clear lack of evidence, the media coverage against Tehran continues, and if Afghan diplomats had taken a friendlier stance toward Tehran, perhaps the intensity of the media attacks on Iran over the incidents in Harirud and Yazd would have lessened.

The residence of several million Afghan refugees in Iran, all of whom enjoying the rights of all Iranian citizens, shows that Tehran has always paid special attention to maintaining amicable relations with the Afghan people.

Today, Afghans in Iran enjoy the same rights as Iranian citizens in their access to free education, healthcare, social services, and so on. Therefore, it is clear that the sole purpose of the foreign media, which are claiming to be the advocates of human rights and the rights of Afghan citizens, is to undermine the historical ties between Tehran and Kabul.

It is obvious that the solution to these issues between these two neighbors can only be achieved through friendly and joint cooperation. However, if either side becomes affected by the biased and ill-intentioned hype created by hostile media, a solution cannot be expected to come by.

Naturally, the common enemies of Tehran and Kabul are taking advantage of this situation to strike a blow at the good relations between the two sides.

It goes without saying that Iran and Afghanistan are strategic neighbors, and over the years, enemies on both sides have taken various steps to disrupt these relations.

Therefore, it is very clear that these common enemies have used the Harirud and Yazd incidents as a pretext to achieve their own interests and plans, which have come to nothing so far.

In the meantime, however, the Afghan government’s stance on the two incidents can be crucial for Afghan refugees. If these positions are not accompanied by wisdom and tact, they could jeopardize the peace and psychological security of the millions of Afghan refugees living in Iran, and this is something that Kabul authorities are undoubtedly against.

Therefore, in the current situation, mutual cooperation seems to be the best option to solve the problem.

Iran’s contributions and services to Afghan nationals over the past four decades show that Tehran considers Afghanistan as its good friend and their relations as more special than those with other neighbors. It is clear that the Afghan people are also well aware of this fact.