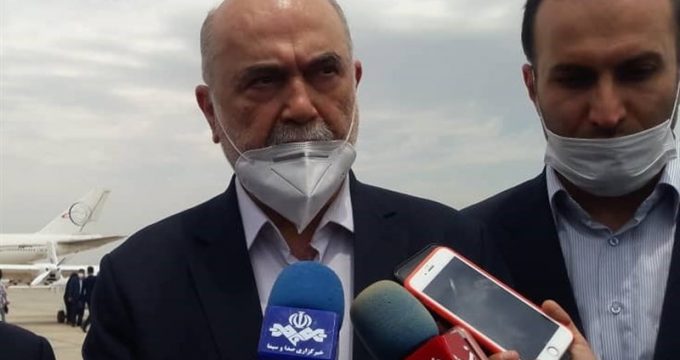 Tasnim – Head of the Civil Aviation Organization of Iran said the country is going to get new passenger planes in the not too distant future.

Speaking to reporters in Payam Airport in the northern province of Alborz on Tuesday, Ali Abedzadeh said a series of suitable planes are going to join the Iranian fleet in the not too distant future.

He said the new aircraft will be used for domestic flights.

Arrangements have been made to operate flights between Karaj in Alborz province and the cities of Mashhad, Ahvaz, and Kish island, he further said.

Abedzadeh also unveiled plans for the gradual removal of restrictions on international flights.

“Foreign airlines are currently waiting for the signing of health protocols and conclusion of agreements among countries, so that they could carry passengers in accordance with specific health and medical protocols,” he added.

Iran received a total of 16 passenger planes after the 2015 nuclear deal took effect, including three from Airbus and 13 from Franco-Italian turboprop maker ATR.

The US decision to withdraw from the 2015 nuclear deal with Tehran, known as the Joint Comprehensive Plan of Action (JCPOA), and reinstate sanctions resulted in the collapse of about $38 billion in plane deals between Tehran and Western firms, with Airbus suffering greater damages than its US rival Boeing.

Later in June that year, Iran sealed another deal worth around $25 billion with the US aerospace heavyweight, Boeing, for the purchase of 100 passenger planes.