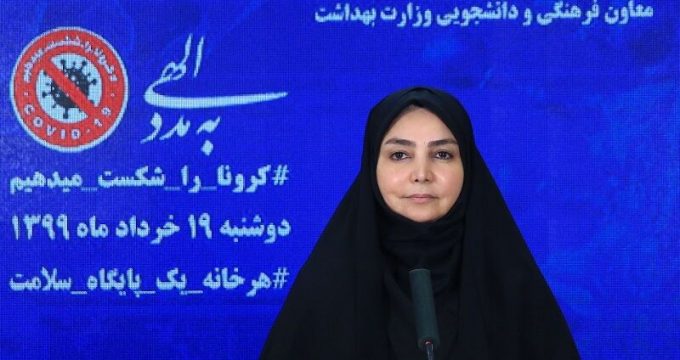 IRNA – Sima Sadat Lari was appointed on Tuesday as the spokeswoman for Iran’s Ministry of Health and Medical Education.

Health Minister Saeed Namaki in a letter on Tuesday appointed Ms. Lari as the spokeswoman of the ministry keeping her current position as Deputy for Culture and Students Affairs.

Namaki, among other things, mentioned Lari’s valuable executive background and her good conduct in relation with other governmental bodies as a ground for the appointment.

Health Minister also said that the ministry had no one in the position of spokesperson prior to the current appointment.

Dr. Kianoush Jahanpour, best known for daily briefing on Coronavirus pandemic in Iran, was not the spokesperson but he is the Head of Health Ministry’s Public Relations Office, according to Namaki.