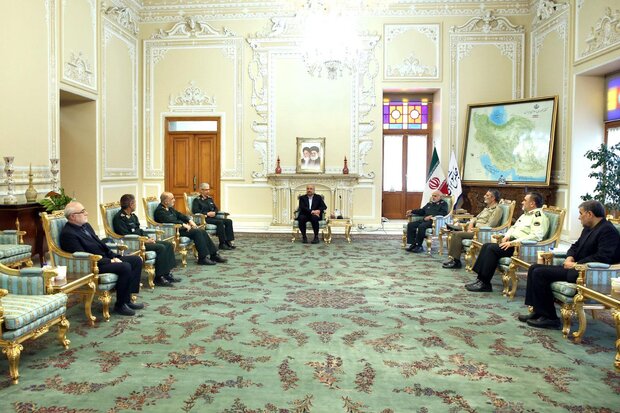 MNA – Parliament Speaker Mohammad Bagher Ghalibaf said that popularity is the key to the victory and authority of Iran’s Armed Forces.

He made the remarks on Monday in a meeting with a number of senior commanders of the Armed Forces.

Ghalibaf described the armed forces as a stronghold of security for Iranians and maintained that the Islamic Republic is benefited from a powerful authority which is rarely found anywhere else and it is all due to the dedications of brave soldiers and commanders.

Ghalibaf further noted that popularity is the key to the victory and authority of the Armed Forces as well as its deterrence against the enemy, adding, “If people become more involved in economy and industry, we will make more progress in this regard, as we did in the defense arena.”

He also expressed hope that the Iranian parliament can enact effective laws regarding the defense field with the cooperation of the Armed forces.