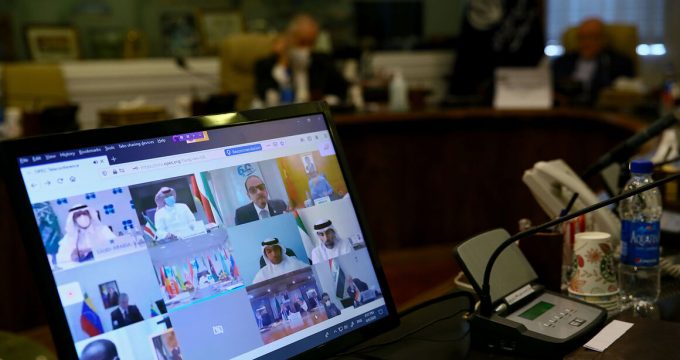 SHANA — Non-OPEC ministers gave the nod to OPEC’s earlier proposal for extending for another one month the previously reached agreement on cutting 9.6 mb/d from their output in a bid to help shore up prices.

The extension did not include Mexico with a previously pledged 100,000 b/d cuts.

The agreement came in a videoconference meeting held immediately after OPEC ministers agreed on the production cut.

Iraq, Nigeria, Angola and Kazakhstan agreed to compensate for their non-compliance in July, August and September.

13-member OPEC and their 10 allies – collectively OPEC+ – in their Declaration of Cooperation in April agreed on a three-phase production cut, starting from 9.7 mb/d for two months to continue at 7.7 mb/d for six months and then at 5.8 mb/d for another 16 months.

If agreed, the 9.6 mb/d cut will continue for up to the end of July.

Iran, Libya and Venezuela are exempt from any cuts.