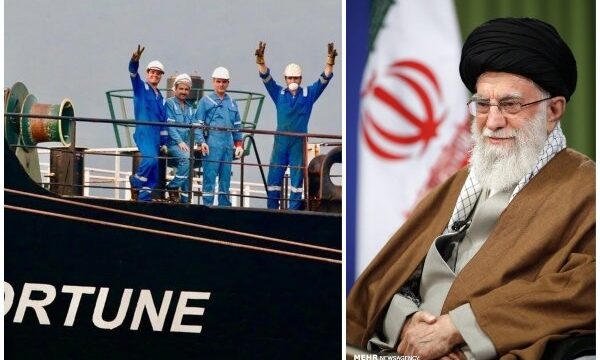 Leader thanks crew of oil tankers carrying fuel to Venezuela

In a message on Monday, Ayatollah Khamenei hailed the ‘jihadi’ act of oil tankers’ crew and captains for delivering fuel to Venezuela.

He described the delivery of fuel to the sanction-hit country as a ‘great job’. The Leader also noted the act has led to enhancing the country’s pride.

The legal trade between Iran and Venezuela have stirred the wrath of the US administration in Washington as both countries are under illegal sanctions imposed by the White House.