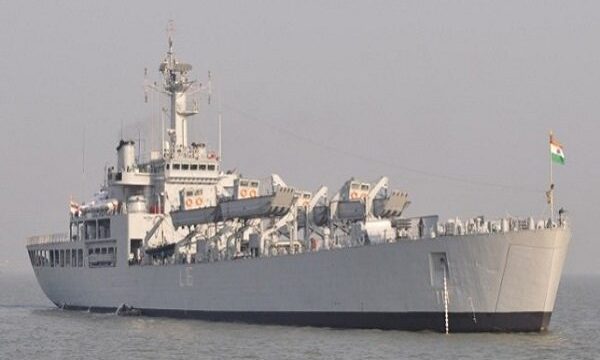 MNA – India’s ‘INS Shardul’ will evacuate 200 Indian citizens, i.e. fishermen stranded in Iran for months now, on Monday from the port of Bandar Abbas in Iran to Porbandar, Gujarat.

As Indian media reported on Monday, the Indian mission in Iran is preparing a list of Indian citizens to be evacuated and will facilitate their embarkation after the requisite medical screening.

The operation–Samudra Setu–is part of the Vande Bharat mission launched on May 7 to take back Indians stranded abroad due to the coronavirus pandemic.

According to data from the Indian foreign ministry, till Thursday, more than 107,000 have returned home since the launch of the mission. Over 340,000 have registered with Indian missions abroad to return home, the foreign ministry said.

According to a statement from the Indian navy on Monday, “…Indian Naval Ship Shardul will evacuate Indian citizens on 8 June from the port of Bandar Abbas, Islamic Republic of Iran, to Porbandar, Gujarat.”

“The Indian Mission in the Islamic Republic of Iran is preparing a list of Indian citizens to be evacuated and will facilitate their embarkation after the requisite medical screening,” the statement said.

Arrangements for social distancing have been kept in mind onboard the INS Shardul and “the ship has been specially provisioned for the evacuation operation, including embarkation of additional medical staff, doctors, hygienists, nutritionists, medical stores, rations, personal protective equipment, face-masks, lifesaving gear, etc” the statement added.