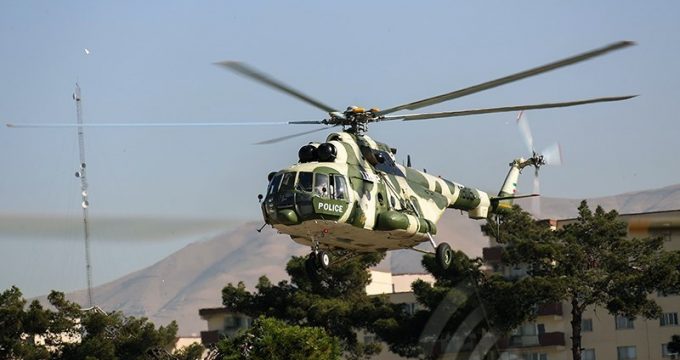 Tasnim – Various units of the Iranian Armed Forces received 10 military helicopters that have been overhauled inside the country.

In a ceremony attended by senior commanders on Sunday, the helicopters rejoined the fleet of the Air Force, Navy and Police after undergoing overhaul in the Iran Helicopter Support and Renewal Company (IHSRC).

The IHSRC is a subsidiary of the Iran Aviation Industries Organization (IAIO).

In comments at the event, Deputy Defense Minister Brigadier General Qassem Taqizadeh said the Iranian company has managed to overhaul a range of military helicopters, including Chinook CH and SH series and Mil Mi-17.

Iran is one of the top countries in terms of diversity of helicopters in its fleet, as it owns a broad range of Western and Eastern choppers, he added.

Before the victory of the Islamic Revolution, the overhaul of military aircraft in Iran was carried out by foreigners.

But since 1979, Iran has made great achievements in its defense sector and attained self-sufficiency in producing essential military equipment and systems.

In July 2018, Commander of the Iranian Army Ground Force’s Airborne Division said the country has the most powerful fleet of choppers in the Middle East region.