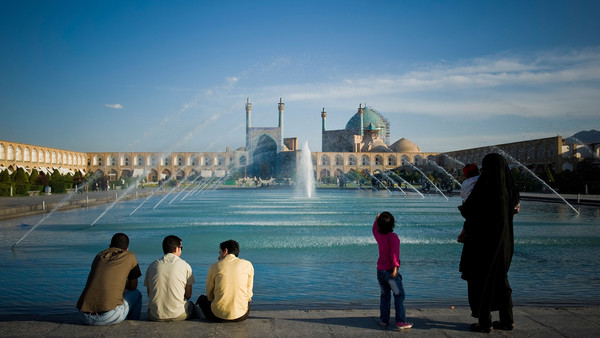 Iran Review – Naqsh-e Jahan Square in Isfahan, also known as Imam Square, was registered and introduced in the form of a research project as a cultural heritage asset in order to attract more investment for its optimal use.

The director of International Affairs of Isfahan University of Technology on Friday said that Naghsh-e Jahan Square, “considering its unique heritage, historical, economic and urban features, was selected as an international cultural heritage asset for international organizations in a research project conducted by the European Union.”

Komeil Tayyebi stated that this research project entitled, ‘Investment Attraction Chain for Defining New Uses of the Cultural Heritage of Important Cities of the World,’ was implemented in the framework of the EU’s ‘Horizon 2020’ project.

Collaborated with various institutions and universities around the world, Horizon 2020 is a research project launched by the European Union in 2016 in various fields such as sustainable development, environment, clean energy, and cultural heritage.

Tayyebi noted that the ultimate goal of this project is to introduce the richness of cultural heritage to the world through artistic, cultural and economic conferences and in the framework of organizations such as the European Union, the United Nations and the World Bank to invest and make optimal use of these assets and adopt the appropriate policies.

In this plan, Isfahan was introduced as one of the six cities with an international model in terms of cultural heritage assets, along with cities of Montreal, San Jose and Tirana, Albania.

The comprehensive urban features, in its design and architecture, caused the square to be registered in this project, he said, adding that this historical monument has business, religious, and cultural applications which could be expanded in order to attract more investment.

Registration of this square as cultural heritage asset is the best opportunity for Iran which needs to be seized in order to develop investment in the tourism sector, especially in the post-coronavirus period.

The vast and majestic square of Naqsh-e Jahan in Isfahan, dating back to the Safavid Dynasty (1491-1722), is embellished with a magnificent ensemble of buildings: The Sheikh Lotfollah Mosque, the Imam Mosque, and the Palace of Ali Qapu.

Under the Safavid monarchs, the great square was the scene of maneuvers, processions and games, especially polo.