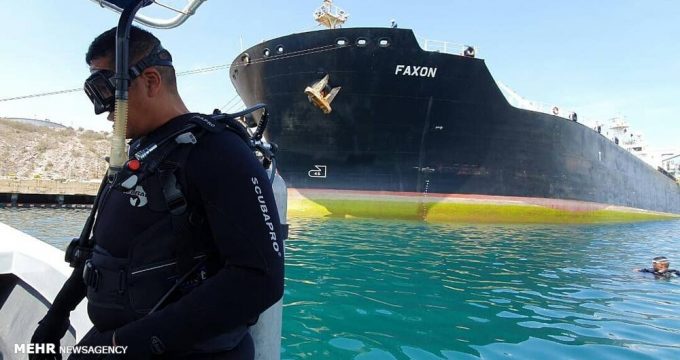 In an address yesterday, Venezuela’s president Nicolas Maduro said he will visit Tehran once health conditions permit to thank the Iranian government for five shipments that arrived since late May and to sign a “high-level bilateral agreement strengthening energy, financial and military ties.”

According to officials in Venezuela’s presidential palace, oil ministry and state-owned PdV, the government will ask Iran for further supplies in coming weeks to give PdV more time to fix part of its refining system.

“Tehran yesterday offered to supply Venezuela with more gasoline and refinery additives. President Maduro very likely will accept the offer because we need the fuel and there are no guarantees that PdV will be able to restart gasoline production as quickly as the government would like,” a palace official said.

In recent weeks, Iran and China have pitched in with spare parts, inputs such as catalyst and expertise to help PdV to repair key units of its 305,000 b/d Cardon and 140,000 b/d El Palito refineries.

The Iranian-flagged Clavel, the last of the five Iranian tankers, arrived yesterday at the El Palito terminal and started unloading over 300,000 bl of gasoline early today, an oil union official at the refinery in Carabobo state tells Argus.

US secretary of state Mike Pompeo has claimed the US disrupted transit of four additional tankers that loaded Iranian products to transport to Venezuela, but did not offer any proof. Earlier today, the US Treasury Department today imposed sanctions on four more oil tankers and their owners for transporting Venezuelan crude cargoes in recent months.

Inside Venezuela, the Iranian gasoline began to be distributed by PdV yesterday under a new two-tiered gasoline pricing system that has been rolled out in fits and starts.

Among the immediate obstacles is a shortage of functioning tanker trucks. Scores of Venezuelan drivers are also complaining that many service stations that are supposed to be selling only subsidized fuel priced in Venezuelan currency are trying instead to charge a new price of $0.50/l for premium fuel and demanding payment in US dollars.

Elias Matta, who chairs the opposition-controlled National Assembly’s energy commission, said the government’s new fuel pricing system and provisions allowing for private-sector imports and distribution are unlawful. But Argus has learned that several Venezuelan businesses are exploring the possibility of importing fuel without running afoul of US sanctions.