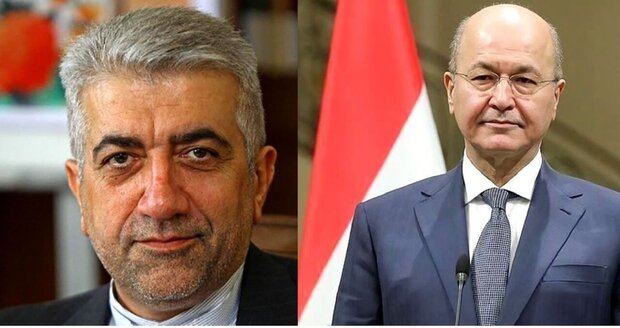 The two sides exchanged views on broadening bilateral talks especially in the field of energy and electricity.

According to the scheduled program, Ardakanian will also meet Iraqi Prime Minister Mustafa al-Kazimi and the Iraqi central bank governor.

Upon his arrival in Baghdad, Ardakanian met and conferred with Iraqi finance minister on the expansion and development of bilateral issues.

Iranian Minister of Energy Reza Ardakanian arrived in Iraq this morning and first met with his Iraqi counterpart as well as other Iraqi officials with the aim of boosting cooperation between Iran and Iraq in the electricity field.

Developing cooperation between Tehran and Baghdad, synchronizing power grid between the two countries and cooperating in the field of training and developing power network between Iran and Iraq were of the main topics of discussion between Ardakanian and Iraqi officials.