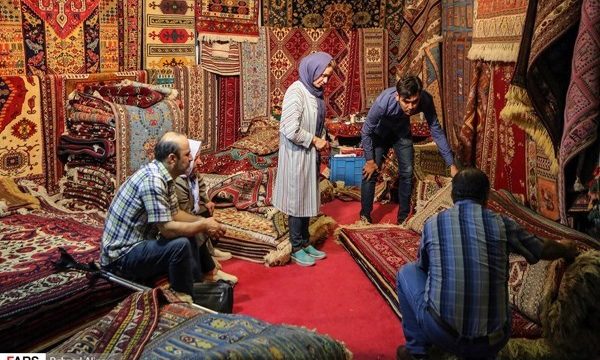 As Iran’s exports drop, pressure rises on its currency reserves

In the same period last year, the figure was more than $ 8.4 billion.

Meanwhile, the data also show that the country’s imports have declined from $6.76 billion in the first two months of the last Iranian calendar year (March 21 to May 21) to about $ 5 billion this year.

But even declining imports have not helped the trade balance. While, the non-oil trade balance in the first two months of last year was about $ 1.65 billion in favor of Iran, this year it is half a billion dollars in the negative. This means Iran has to spend precious foreign currency to meet its minimum import needs.

However, the data provided by Iran’s customs are only limited to Iran’s non-oil exports. Since the United States imposed full oil sanctions Tehran does not release oil export data.

In the meantime, internationally obtained data show that Iran’s oil exports have dropped from 1.5 million barrels per day in the first two months of last year to less than 200,000 in the same period this year, half of which went to China and the other half to Syria. None of these importers are really paying cash to Iran.

The International Monetary Fund (IMF) forecast shows that Iran’s total exports will reach $ 46 billion this year, which is half of what it was in 2018. Last year, that figure was $ 57 billion.

Iran’s imports are expected to surpass its exports this year, reaching $ 64.6 billion.

Nonetheless, less than a month ago, the Governor of Central Bank of Iran (CBI), Abdolnasser Hemmati, had maintained that the country’s export of non-oil products had begun to grow as the coronavirus outbreak is easing.

Abdolnaser Hemmati noted on Tuesday, May 19, that participants at a meeting of the Government’s Economic Coordination Headquarters made “good decisions about plans to boost non-oil exports” and supply foreign currency for imports in the current Iranian year.

A day later, speaking at a cabinet session, President Hassan Rouhani also claimed that the reopening of borders and trade with countries was underway, and would lead to an increase in the country’s non-oil exports.

The caretaker of the Islamic Republic’s Ministry of Industry, Mine, and Trade (MIMT), Hossein Modares Khiabani, has also insisted that his ministry was planning to increase the value of Iran’s non-oil exports to its neighbors by $50 billion.

Feeling the economic strain under sanctions and the coronavirus impact, Iranian officials try to inspire hope in the people who are ever more pessimistic about the country’s prospects.