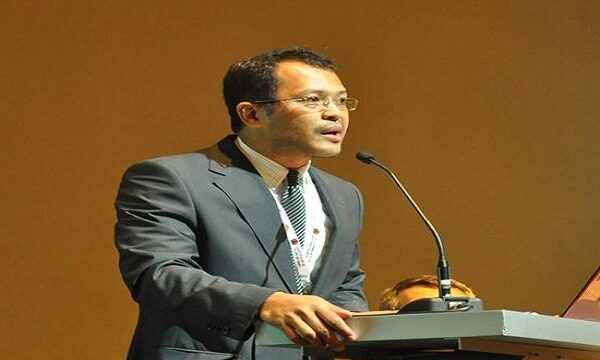 MNA – In an interview with Mehr news, the Filipino professor, who lived some years in Iran, told of his understandings about the personality of the Late Leader of the Islamic Revolution Imam Khomeini, underlining the message of hope he transmitted to the Muslim world.

Following is the full text of the interview with him:

Please introduce yourself to our readers.

I am Dr. Henelito A. Sevilla, Jr, a Filipino, and working as an Associate Professor at the University of the Philippines Asian Center.  I am handling graduate courses in West Asian Studies and Foreign Relations.  I got my Masters from Shahid Beheshti University and Ph.D. at the Faculty of Law and Political Science, Tehran University. I currently served as President of the Philippine-Iran Cultural and Scientific Society (Friendship council ), Incorporated based in Manila.

Would you please let us know if you have ever met Imam Khomeini (ra)?

In my entire life, I have not met Imam Khomeini (ra), except that I was privileged to visit his tomb in Behesht Zahra way back when I was a student, but his idealism, his works, and his vision to have a world far away from injustices and where everyone and every nation has to be respected and treated equally no matter how big or small, no matter what status they have in life, and no matter what race they belong to, are important lessons I have heard and learn from him.  As I always look into this idealism in my venture for a better understanding of complexities of life as a person, a scholar on the Middle East, and as an individual, It seemed therefore that I have met him.

How did you find his personality?

Imam Khomeini (ra) is a humble religious scholar who lived in simplicity and who had accepted his fate during his time for the sake of truth and justice for his own nation-Iranian nation.  In spite of being politically exile abroad, he maintained his personal composure by helping Iranian people to emancipate them from a corrupt and ugly images of governance and policies which had dominated in the economic, political, security, and socio-cultural wellbeing of Iran during his time. His call for an Islamic revolution was made not from a conventional way in which tanks and bullets defined people’s protests but that of a soft, bloodless and peaceful one. His use of cassette as a critical mode of informing and teaching his countrymen reverberated in various areas in the country that even people in small villages would be able to listen to his teachings. While he was in exile, Imam Khomeini did not stop from his traditional role as an Islamic scholar and a clergy. Indeed a significant source of inspiration to his people and to those who followed his works and thoughts.

How far do you think his personality impressed the world?

The exiles of Imam Khomenei from Iraq to France, his return to Iran and his continued works and opposition to the injustices that many Iranian experiences from the hands of the Pahlavi’s regime as well as that from foreign countries who exploited and exerting influence on Iran’s political, economic, and security wellbeing were few critical selling points of his impressive personality to be given attention not just by his own countrymen but by many scholars and leaders in the world arena.

While Imam personified a living figure that could unite his own nation from decades of mismanagement, he had also brought an important message of hope for the Muslim Ummah as well as non-Muslim nations and communities who suffered the same fate with  Iran, such as countries in Africa and Asia. In addition, Imam also carried a serious message to world leaders both in East and the West that the power of the people coupled with their faith to God can shake governments if they continue to remain anti-people and remain blindfolded from the emerging demand for a change of the majority of the people they govern. Finally, the triumph of the Islamic revolution in 1979 and the succeeding official establishment of the Islamic Republic of Iran through peaceful means certainly caught the attention of the world on Imam’s impressive personality.

If you have read the books written by him, please share with us your opinion about them.

I have read some of his works especially the one that talks about the Islamic Government and the role of the jurist which I believe is the foundation of the establishment of the Islamic Republic of Iran.