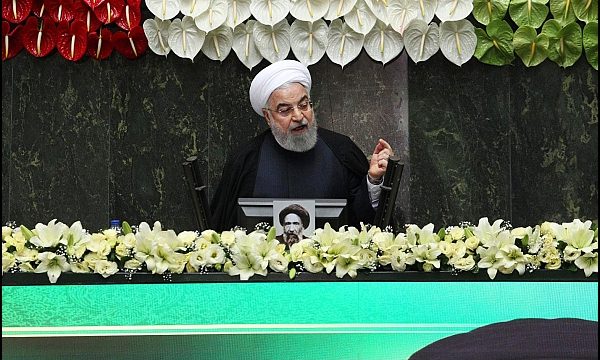 Al-Monitor – The tough road ahead of President Hassan Rouhani in the upcoming closing year of his term is expected to be made even even bumpier by the new ultraconservative legislature.

In a message read by his representative, Supreme Leader Ayatollah Ali Khamenei envisioned the pathway ahead of the new lawmakers, urging them to refrain from “sideshows” and instead unite to uproot corruption and pursue the “resistance economy,” a strategy Ayatollah Khamenei has been promoting in recent years to fight off the US “maximum pressure” policy.

Ayatollah Khamenei’s message also stressed the parliament’s independence as the top decision-making body where lawmakers should enjoy “the right to impeach.” The supreme leader, however, has been accused of last-minute interference in matters of high sensitivity, nipping in the bud legislation taken up by lawmakers in various parliaments. In November, Iranian parliamentarians began a push to effectively cancel the government’s contentious fuel subsidy plan that triggered days of unprecedented, deadly unrest nationwide.