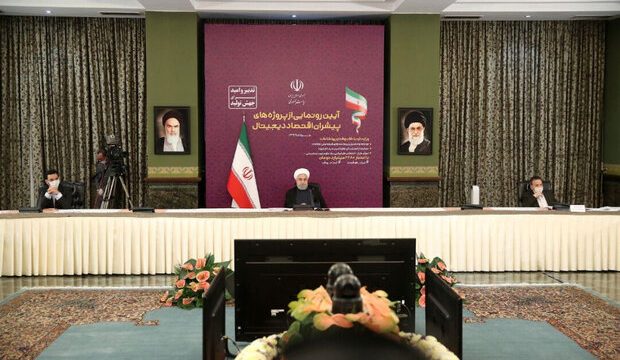 MNA – President Hassan Rouhani hailed the considerable progress in the country’s scientific fields, saying along with the world, the Islamic Republic’s traditional economy is changing the digital economy.

Speaking at the unveiling ceremony infrastructural projects of the Information and Communication Technology (ICT) Ministry on Thursday, Rouhani referred to the importance of internet in providing people with services in such areas as agriculture and health, adding that in the digital economy sphere, the use of cyberspace and the Internet to provide job services is faster, more accurate, and less expensive, and this model is more reliable.

He noted that people touched the importance of IT developments amid the challenges created by the novel coronavirus outbreak, since and many tasks and services have been provided using IT and cyberspace.

Rouhani also underlined the role of IT in political affairs, such as election campaigns, informing people, and peoples’ participation in elections, adding that that transparency and fighting corruption are important issues that could be addressed through virtual space rather than through traditional mechanisms.

The Iranian president said if Iran wants to compete with other countries in the economy sector, it inevitably must develop and pave the ground for it.