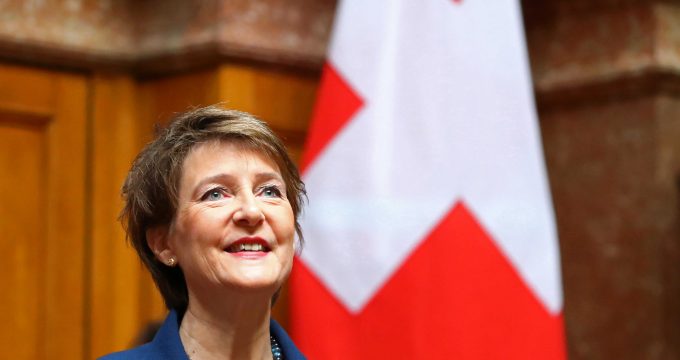 IRNA – President of Switzerland Simonetta Sommaruga in a message referred to her diplomatic talks with her Iranian counterpart Hassan Rouhani on COVID-19 pandemic and exchanging humanitarian aid.

“Diplomacy in the time of #Covid19: Today I spoke on the phone with President @HassanRouhani,” Sommaruga wrote on her Twitter account on Tuesday.

“In view of the 100th anniversary of Switzerland’s diplomatic presence in Iran, we discussed bilateral affairs, the pandemic and our arrangement for exports of humanitarian goods,” she added.

During the Tuesday phone call, President Rouhani said that the Swiss people have always had a respectable position in the eyes of the Iranian people, the US sanctions and increasing economic pressure have made things harder for the Iranian people.

“Creating this mechanism can be very effective in this difficult situation, and we expect some Iranian financial resources to become available with this financial mechanism, extending the domain to some other countries as well.”

Pointing to the importance of maintaining the JCPOA as an international agreement, the Iranian president said, “It is imperative that the European Union, especially the three European countries, take the necessary steps to balance the implementation of the JCPOA and that Switzerland can help to strengthen the foundations of the JCPOA.

He further noted that both the Swiss Embassy and the government have close cooperation with IRCS, as it is considered the main partner that is playing an effective role in fighting the deadly virus.

Swiss companies operating in Iran are eager to cooperate with the IRCS, he said, noting that Iran can place its orders with them in the field of medical supplies.