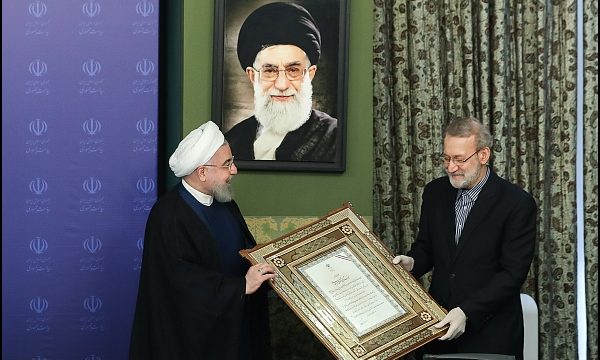 President Rouhani on his Twitter account thanked Larijani for three terms of membership and chairmanship of the Iranian parliament, as well as his “valuable role” in Iran’s issues.

The Iranian president wrote that the memories of working with Larijani, especially in sensitive and decisive moments, will go on for a long time.

Ali Larijani (born 1957) is an Iranian politician, who has served the country in different positions, including the membership and chairmanship of the Iranian parliament (2008-2020). Under his mamangement many influential bills and agreements were discussed and voted for, including the Joint Comprehensive Plan of Action, aka Iran nuclear deal, and the bill to counter the Zionist regime.