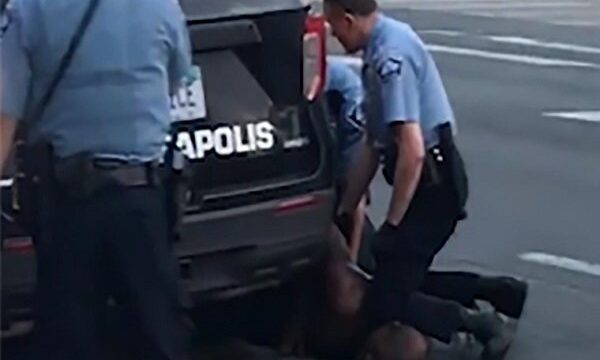 MNA – In a tweet on Wednesday, Iran’s foreign ministry once again criticized the brutality of the American Police against the black US residents, after an African-American man died on May 25 when US cop knelt on his neck.

“6 years after ‘I can’t breathe’ pleas of Eric Garner, #GeorgeFloyd, another black man, dies after a cruel inhumane arrest,” the tweet said.

“It seems that the #USPolice brutality against blacks knows no boundaries,” it added.

“And as always, the response to calls for justice is employing even more force,” the tweet said.

A video of a handcuffed black man dying, George Floyd, while a Minneapolis officer knelt on his neck for more than five minutes sparked a fresh furor in the US over police treatment of African Americans.

Minneapolis Mayor Jacob Frey fired four police officers following the death in custody of Floyd on Monday as the suspect was pressed shirtless onto a Minneapolis street, one officer’s knee on his neck.

“Your knee in my neck. I can’t breathe… Mama. Mama,” Floyd pleaded.

Bystanders filmed the scene as Floyd, thought to be in his 40s, slowly grew silent and motionless, unable to move even as the officers taunted him to “get up and get in the car.”

He was taken to hospital where he was later declared dead.