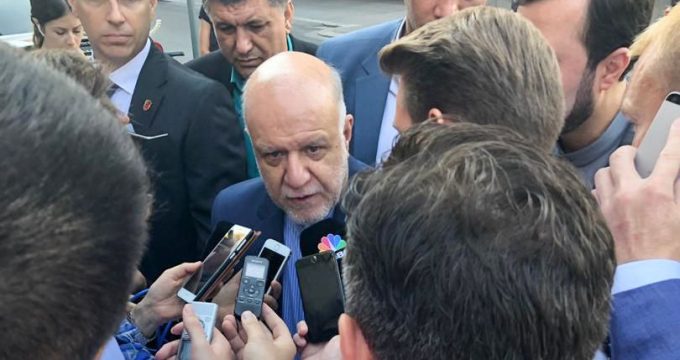 In an interview with state-run radio, Zanganeh said Turkey had “not welcomed” Iran’s offer to repair a natural gas pipeline inside Turkey that was damaged by a blast in March and halted Tehran’s natural gas flow to Turkey.

Elsewhere in his remarks, Iran’s oil minister said it was difficult to forecast crude prices amid uncertainties over prospects for demand, Iranian state radio reported.

“No one can predict crude prices and now the demand is vague,” Zanganeh added.

Natural gas exports from Iran to Turkey were halted early on March 31 after an explosion and fire at a pipeline just inside the Turkish border.

The explosion occurred near the Gurbulak border gate with Iran in Agri province, which is near the joint Bazargan border. Later, the Kurdistan Workers’ Party (PKK) claimed responsibility for the attack.

The pipeline carries around 10 billion cubic meters of Iranian gas to Turkey annually and has been hit by terrorist attacks since the 1990s.