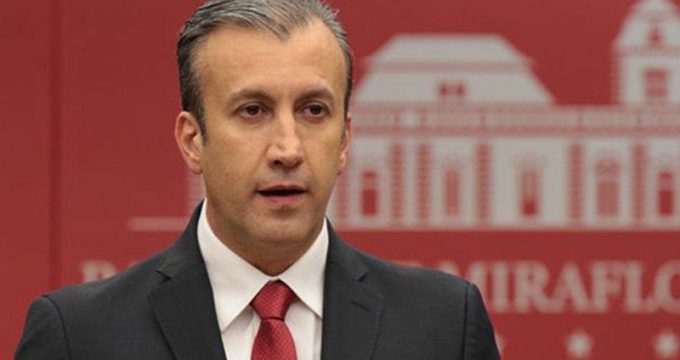 “We are fortunate to be able to count on Iran in these times,” El Aissami said from El Palito, calling the Fortune, the Iranian-flagged tanker, a “symbol of the brotherhood and solidarity” between Iran and Venezuela, Reuters reported.

“We cannot allow any world power to act like a super-police.”

The tanker, Fortune, loaded with 43 million liters of gasoline, arrived at the refinery of El Palito, west of the Venezuelan capital, Caracas.

A second vessel, the Forest, entered Venezuelan waters on Monday and was also heading to El Palito, according to its trajectory shown on the Eikon data. A third tanker, the Petunia, was approaching the Caribbean.

Iran is providing Venezuela with 1.53 million barrels of gasoline and refining components.

A senior Trump administration official said earlier this month Washington was considering a response to the shipments. A Pentagon spokesman said last week he was not aware of any military move planned. The first two vessels did not appear to face interference.

Neither the White House nor the US State Department responded to requests for comment on Monday.

Venezuela is suffering gasoline shortages due to the near-collapse of its 1.3 million barrel-per-day refining network after years of underinvestment, as well as US sanctions aimed at ousting socialist President Nicolas Maduro.