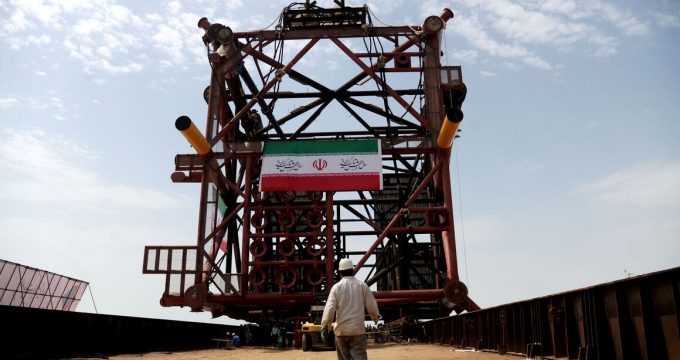 Iranian President Hassan Rouhani ordered start of the jacket installation in the Block-B reservoir of Phase 11 via video conference.

In the live broadcast, Iranian Minister of Petroleum Bijan Zangeneh stated that the development of the oil industry had not stopped under the sanctions, and said: “We have reached the people’s demand that was gas recovery from South Pars commensurate with their share of the joint gas field which is our natural right.”

Referring to the end of maritime activities in the field in the current Iranian calendar year of 1399 which began on March 20, he added: “South Pars development projects were implemented while we were facing financial difficulties and underwent low oil prices.”

The jacket of Platform B of South Pars Phase 11 project, which was loaded at the yard of Naft Sazeh Qeshm Company (NSQ) on Sadaf 3000 Barge on April 30, and was placed at a depth of 71 meters in the Persian Gulf.

This is the first of two jackets in the project which will allow drilling 12 wells in the phase located close to the Iran-Qatar sea border in the Persian Gulf.

The jacket weighs 2,200 tons and the first well of the phase is planned to come online next year.

The phase is being developed for 500 mcf of gas production capacity.