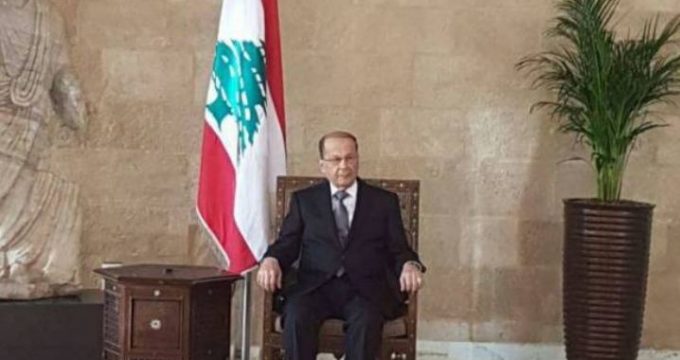 Tasnim – Iranian President Hassan Rouhani congratulated Lebanon on the anniversary of liberation of its southern regions from Israeli occupation back in 2000.

In a message to his Lebanese counterpart Michel Aoun on Sunday, Rouhani congratulated the government and nation of Lebanon on the anniversary of the “major and glorious victory” against the Zionist occupiers.

“The historic victory that was achieved with the fortitude and resistance shown by the Lebanese men and women is a medal of honor shining on the chest of all people of Lebanon, and demonstrated that the struggle against bullies, aggression and occupation leads to victory and fulfillment of the divine promise,” Rouhani said.

The Iranian president added that a key factor in the continuation of Lebanon’s success in the fight against Zionist and Takfiri enemies and in thwarting the hostile plots has been “the rapport and solidarity of the Lebanese people in light of the government, the army and the resistance.”

“I am confident that people of Lebanon will never forget this strategic choice,” he went on to say.

Every year in May, Lebanon commemorates the anniversary of the Israeli withdrawal from its southern territories, known as Resistance and Liberation Day.

Hezbollah forces pushed the Israeli troops out of the southern parts of Lebanon on May 25, 2000, after more than two decades of occupation.

The national holiday in Lebanon is seen as a turning point that changed the regional equations and debunked the myth of Israel’s invincibility.