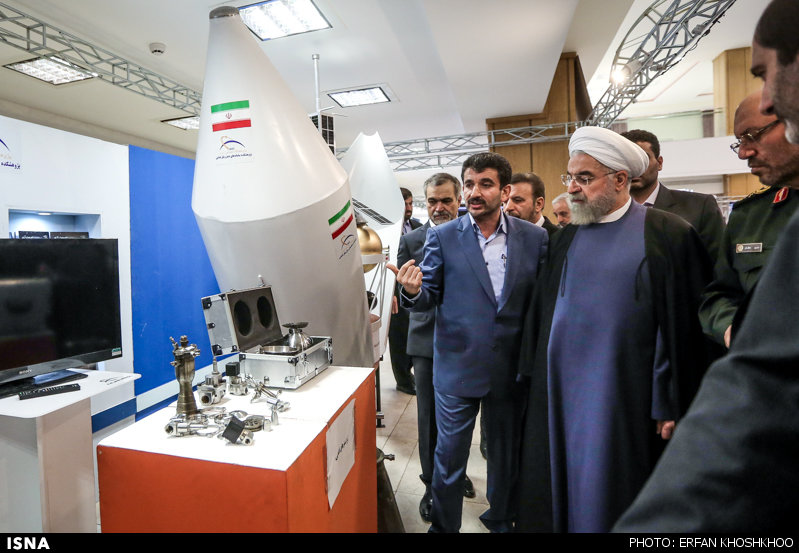 Painful US sanctions have also led to great achievements in Iran

Press TV – US sanctions have caused immense pain and harm to Iranians over the years, but they also led to great achievements such as self-sufficiency in many products.

“Despite the harsh conditions of the country and the illegal and unjust sanctions and the severe economic pressure of the United States, production in Iran has not stopped and today we are witnessing great successes such as self-sufficiency in wheat and other food and agricultural products,” President Hassan Rouhani said late Tuesday.

“We are also self-sufficient in gasoline, gas and diesel production today, and infrastructure work done in the country for years has helped us succeed in the fight against the coronavirus,” he added.

A draconian sanctions regime has motivated Iran to rely on its resources and do some tasks which were deemed far beyond the scope of the country’s capacities.

For example, the US and the Europeans reportedly laughed off Iran’s warning that it would move to carry out 20-percent uranium enrichment on its own if they did not provide the Islamic Republic with the technology.

After Iran announced mastering the technology, its enemies were so enraged that they assassinated the nuclear scientist behind the feat, Majid Shahriari, in November 2010.

Most lately, the country has had to mobilize its resources and produce necessary supplies like masks, gowns, respirators, and ventilators for its coronavirus patients after the US defied international calls to halt its sanctions on the Islamic Republic in order to allow it to fight the pandemic.

On Tuesday, Vice President Sorena Sattari said Iran can now produce anything it needs in its coronavirus fight and is already an exporter of testing kits.

Iran produces more than 96% of its medical needs, but pharmaceutical companies rely on local formulation of generic drugs, which means they have to import ingredients for some drugs.

Some of the generic brands formulated, processed and packaged in Iran are licensed by European and American companies and their production includes imports of semi-manufactured drugs which has been disrupted by the sanctions.

Even food imports are not exempt from the sanctions, despite US claims to the contrary, forcing Tehran to pursue food security with additional seriousness.

The strategy has paid dividends and the country has achieved relative self-sufficiency in some strategic crops, such as wheat.

Last year, Iran celebrated its fourth consecutive year without wheat imports, but government officials said then they had to import some shipments because state purchases from local farmers at guaranteed prices were not enough.

The shortages, however, resulted from the fact that many local wheat growers were unhappy with buying prices offered by the government, opting to sell their crop to intermediaries instead.

Iran also used to import part of its growing need for gasoline despite being a major oil producer – a situation which had generated a strategic vulnerability for the country at the time of sanctions.

Last year, Iran hit a milestone of 100 million liters per day in gasoline production, making the country self-sufficient in the fuel for the first time.

Minister of Petroleum Bijan Zangeneh said Tuesday Iran is trying to ensure that its oil industry projects move forward despite the coronavirus crisis and the plunge in global crude prices which have sapped revenues.

“Of course, everyone should know that the situation is not normal; the situation is extremely difficult not only for us but for all countries,” he said at a ceremony to commemorate Iran’s OPEC governor Hossein Kazempour Ardebili who died of a brain hemorrhage Saturday.

“In these circumstances, even if we circumvent sanctions and have exports, given that the price of oil, petroleum products and petrochemical products have fallen sharply, our income has also fallen,” Zangeneh said.

Because of the coronavirus pandemic, most countries are experiencing a negative growth, he said.

“It cannot be denied that the world today is facing the problem of coronavirus disease, and oil rigs have been idled in many parts of the world.

“With the exception of two or three countries, the rest of the world is experiencing a negative growth … so the situation is difficult, but we will try to ensure that oil development plans proceed forcefully,” he added.

Zangeneh said the remaining South Pars phases will be brought online according to plan, while projects for the “second petrochemical leap” will be followed along with refining plans which are being implemented vigorously.

Zangeneh said last week that the spread of the disease did not stop Iran’s oil production, “thanks to persist efforts in the oil industry to protect the health of our employees”.

Iran’s oil-rich Khuzestan province has seen a spike in coronavirus cases, forcing authorities to close offices and impose travel restrictions in nine counties, including Abadan which is a major refinery town.

The National Iranian South Oil Company said last Tuesday that 20 oil rigs laid down by the Ministry of Petroleum will be put be back to work.

Iran’s oil, gas and petroleum sectors are on the frontline of the fight against the United States’ “maximum pressure” which President Donald Trump has primarily applied on the oil industry because it accounts for a big chunk of Iran’s hard currency earnings.

Hassan Rouhani, US sanctions against Iran May 20, 2020 no comments
Photos: Isfahan in Spring
Ayatollah Khamenei to deliver speech on International Quds Day