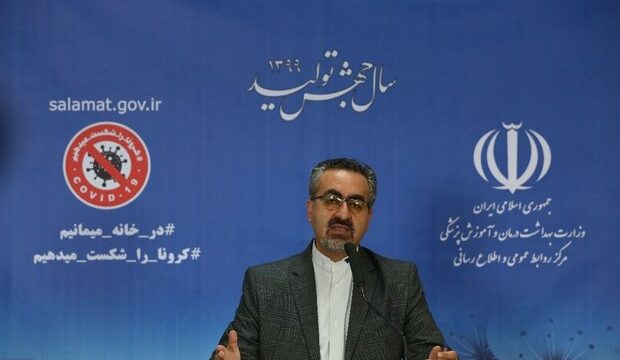 Official: Some 64 more Iranians die from COVID19 over past 24 hours

IRNA – Head of Iranian Health Ministry’s Public Relations Office Kianoush Jahanpour said on Wednesday that some 64 more Iranians died from coronavirus over the past 24 hours bringing the total deaths to 7,183.

He said that 98,808 people out of a total of 126,949 infected with the coronavirus have survived and recovered, but, unfortunately, the total number of deaths reached 7,183.

Jahanpour said that 2,346 new infected cases have been detected since yesterday.

Over the last 24 hours, 64 people died due to the deadly virus, he added.

The Iranian official noted that 2,735 cases are in critical condition.