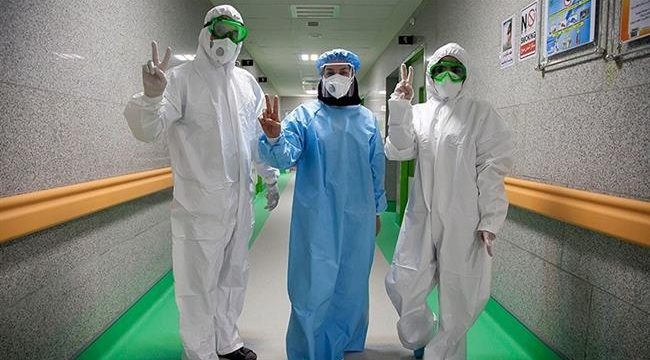 The New York Times | Farnaz Fassihi: Health experts say the government did not heed the warnings about easing restrictions too soon. Cases spike in eight provinces.

Three weeks later, the country has been hit by a new surge of coronavirus cases, according to health officials in some of the eight provinces where the numbers have spiked again. Health experts had predicted this would happen when the government made the call to ease restrictions in late April.

Iran, an epicenter of the outbreak in the Middle East, reopened without meeting the benchmarks recommended by health experts, such as ensuring that widespread testing and contact tracing was in place, and recording a steady drop in cases for at least several weeks.

The central government has claimed for weeks that Iran was prevailing against the pandemic. But in reopening the country, President Hassan Rouhani said the battle could not fully succeed independent of salvaging the economy, which was being pummeled by United States sanctions even before the virus hit.

So with the government’s blessing many Iranians resumed daily life. 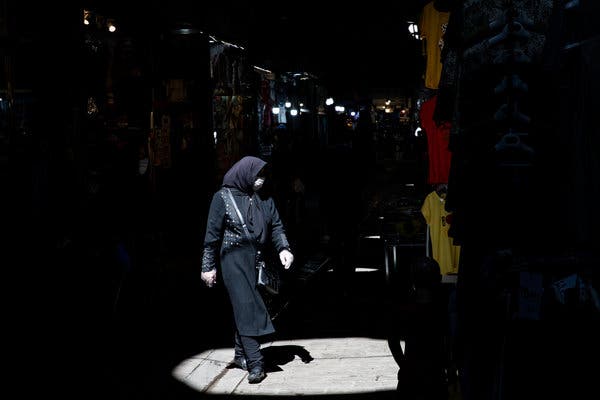 A woman walking through the Grand Bazaar in Tehran last week wearing a mask and gloves.Credit…Arash Khamooshi for The New York Times

Elham, a 34-year-old government employee in Tehran, said that when her ministry ordered its employees to return to work, she had no choice but to resume riding a crowded subway twice a day. Now, she said, she spends a big chunk of her income on masks, gloves and disinfectants.

Many other people can’t afford the protective gear.

“People can’t stay at home when the government says return to work, and we have no money if we don’t go,” Elham said in a telephone interview. “They rushed to open with no plans in place, and now they are blaming us for the surge.” She did not want to give her last name for fear of repercussions.

The health minister, Saeed Namaki, on Sunday attributed the new surge in cases to people not observing social distancing and not wearing masks.

The ministry has stopped releasing a breakdown of numbers for provinces in an effort to control a new wave of panic and pressure on the government to shut down cities.

According to government tallies, more than 7,000 people have died from the virus and about 122,000 have been infected. Health experts inside and outside Iran and some Iranian politicians have said the real numbers are most likely several times larger.

The Health Ministry spokesman, Kianoush Jahangiri, said Monday that 2,294 people had tested positive in previous 24 hours. A day earlier, that number was 1,808.

In the immediate aftermath of a strict, two-week lockdown in April, the number dropped to less than 1,000 a day. The official mortality rate, however, has fluctuated daily. 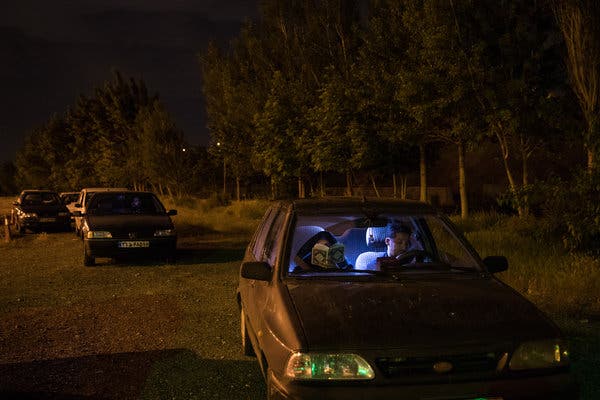 In Tehran, people sitting in their cars read the Quran as part of Ramadan.Credit…Arash Khamooshi for The New York Times

The southeastern province of Khuzestan, home to the country’s oil and petrochemical industries, reported a 300 percent increase in new cases since the province re-opened in late April, according to its governor. On Friday, Khuzestan locked down 16 of its cities at least until Monday. Local health officials said Sunday that 715 people had tested positive for coronavirus in the previous 24 hours.

Other provinces that are reporting alarming surges include Isfahan, Fars, East Azerbaijan, Khorasan, Lorestan, Hormozgan and Sistan Baluchestan, according to the health ministry and local governors.

“The situation is extremely dire,” Alireza Bahadori, mayor of the city of Behbahan in the hard-hit Khuzestan, said in a video circulating on Iranian media.

Standing at a fire station wearing a mask and a plastic face shield, and as ambulance sirens wailed in the background, the mayor said, “Positive results for corona tests have reached an explosion.”

Hossein Farshidi, the top public health official in Hormozgan, called the surge in his southern province “extremely dangerous and worrisome.” 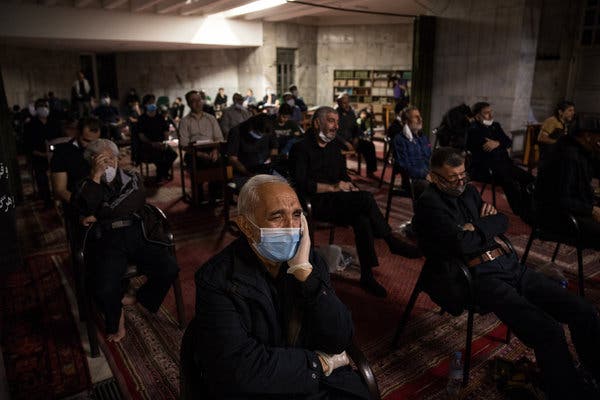 Socially distanced prayer during Ramadan in Tehran.Credit…Arash Khamooshi for The New York Times

The cries of alarm from local officials were at stark odds with the central government’s claim that Iran has the virus under control.

“It’s a source of pride that Iran has managed to not only reopen businesses by observing protocols but also reactivate its mosques and religious centers — and also maintain a steady decline of the disease,” President Rouhani said Friday, according to official media.

Since the outbreak in Iran began in mid-February, the government has come under harsh international and domestic criticism for its chaotic management of the crisis, from its failure to cordon off the first epicenters to its less-than-transparent approach to sharing data.

Other countries have also seen their coronavirus numbers fall and rise again, but the rekindled crisis in Iran may offer an important lesson for other governments trying to get the balance right between guarding public health and restarting their economies.

“Other countries should look to Iran and not do what it did,” said Dr. Kamiar Alaei, an expert on Iran’s public health and president of Institute for International Health and Education in Albany, N.Y.

“They moved late to close off cities and they opened too early,” Dr. Alaei said. “What we feared is coming true.” 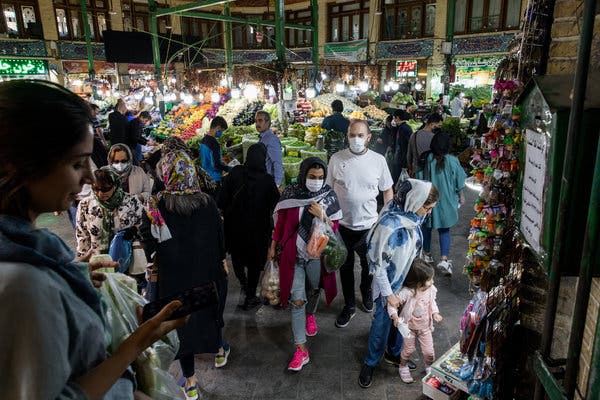 Shopping in a Tehran bazaar last week after restrictions were lifted.Credit…Arash Khamooshi for The New York Times

Morteza, a resident of the city of Mahshahr in Khuzestan Province, said in a telephone interview that local officials seemed to be using a trial-and-error approach to managing the coronavirus. Now, he said, residents are confused and angry at the increase in new cases — and at the city shutting down again just as business and daily life was resuming.

“One day, we are told: ‘It’s safe. Go live your life,’” he said. “And the next day, we hear: ‘It’s dangerous. Stay home.’ We don’t know what to believe anymore because nobody trusts what the government says.”

In about one week, Muslims will mark the end of the holy fasting month of Ramadan with the holiday of Eid al-Fitr, ordinarily celebrated with a large communal prayer led by the Iranian supreme leader, Ayatollah Ali Khamenei. Mr. Rouhani said Saturday that the prayers led by Mr. Khamenei were canceled, but that prayers would be held with social distancing outdoors at local mosques in some cities.

On the last Friday of Ramadan, Iran customarily also stages an annual Quds Day rally, marking opposition to Israel and support of Palestinians’ claim to Jerusalem.

This year, in light of the pandemic, that was also changed.

First, it was announced that the powerful Revolutionary Guards force would take charge of the rally in Tehran, with a parade of cars replacing a pedestrian march. But a day later, the guards said they were canceling the parade altogether, citing the surge in the disease.

The plan now is for Ayatollah Khamenei to give a live speech.