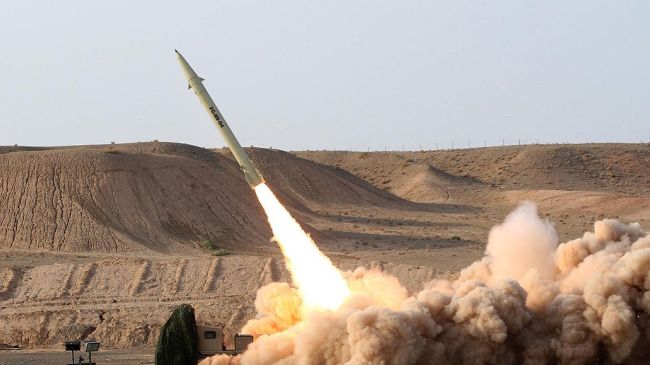 Iran’s fuel shipment to Venezuela guaranteed by its missile power

Press TV – Iran is shipping tons of gasoline to Venezuela in defiance of US sanctions on both countries in a symbolic move guaranteed by Tehran’s missile prowess.

Unconfirmed reports and tanker monitoring groups suggest that at least five Iranian-flagged tankers are transporting fuel to Venezuela through the Atlantic Ocean despite the US sanctions on both Tehran and Caracas.

Iran has intentionally hoisted its own flag over the huge tankers which are navigating through the Atlantic before the eyes of the US Navy.

Iran is shipping large consignments of gasoline to Venezuela even though the US would try to intercept the shipments and seize the tankers.

There are unconfirmed reports that the US Navy has deployed its USS Detroit (LCS-7), USS Lassen (DDG-82), USS Preble (DDG-88), and USS Farragut (DDG-99) to the Caribbean along with its patrol aircraft Boeing P8-Poseidon for possible encounter with the Iranian vessels.

However, analysts say it is very unlikely that the US makes such a mistake, as it would have serious repercussions for the Trump administration ahead of the November elections.

The US would not dare to seize the Iranian vessels especially after Iran’s reaction to a similar move by the United Kingdom, a close ally of Washington.

Iran has also the upper hand thanks to its missile power, which was showed off to the US in the IRGC’s retaliatory missile attacks on the Ain al-Assad Airbase in Iraq, which accommodated American troops.

The US was also reminded of the Islamic Republic’s missile prowess following the recent successful launch of Nour-1 military satellite, which reached the orbit using the Qased satellite carrier. Some Western analysts claim the satellite achievements are a prelude to Iran’s program to develop intercontinental ballistic missiles (ICBMs).

Confident about its missile capabilities,Iran is going on with the gasoline shipment to its ally in the Latin America, mocking the US sanctionson the oil sectors of both countries.

The US seems to be between the rock and hard place. While it is unlikely for Washington to dare to intercept the tankers, if they reach their destination safe and sound, it maytarnishthe “superpower” forever.

The fuel shipment also shows Iran’s success in turning into an exporter of gasoline after years of importing the fuel.

A senior official in US President Donald Trump’s administration told Reuters on Thursday that the United States was considering measures against Iran in response to the fuel shipment.

The official said Washington has a “high degree of certainty” that the Venezuelan government is paying Iran in gold for the fuel.

If these claims are confirmed, the “fuel for gold” exchange is also a great achievement for the Islamic Republic amid the US’ maximum pressure policy, which deprives the country’s economy of billions of dollars’ worth of oil revenues.

There are reports that Iran is receiving nine tons of gold in exchange for the fuel its ships to Venezuela. Under the cruel sanctions imposed by the US after its withdrawal from the 2015 nuclear deal in 2018, nine tons of gold can be a very precious asset for the Iranian economy.

However, we should still wait and see whether the US administration would let the Iranian tankers go and strip Washington of its “superpower” title, or it would dare to intercept the vessels and endanger Donald Trump’s campaign ahead of the November elections.

Earlier in the day, Iranian government spokesman Ali Rabiei said Venezuela and Iran are both independent states that have had and will continue to have trade relations with each other, however.

“We sell goods and buy goods in return. This trade has nothing to do with anyone else. We have to sell our oil and we have ways to do it,” Rabiei said in reaction to reports of the fuel shipment to the Latin American country.