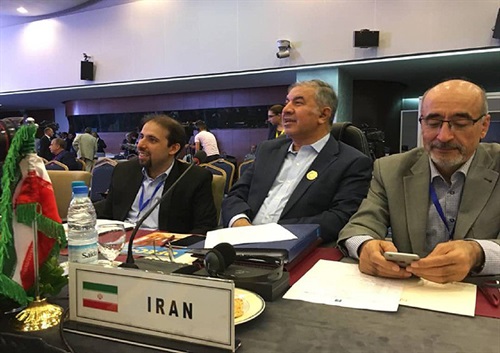 SHANA — Sun Xiansheng, Secretary General of the International Energy Forum (IEF), sent a letter of condolences to Iranian Minister of Petroleum Bijan Zangeneh on the death of Hossein Kazempour Ardebili, Iran’s representative at the board of governors of the Organization of the Petroleum Exporting Countries (OPEC).

The following is the full-text message of the IEF Secretary General  to Mr. Zangeneh:

The Islamic Republic of Iran

I was very saddened to hear of the death of Mr Hossein Kazempour Ardebili. On behalf of the IEF Secretariat, please accept my sincerest sympathy on this terrible loss.

Mr Kazempour was a respected oil veteran, a key figure in Iran’s oil industry and one of the ultimate OPEC negotiators.

He was a strong supporter of the global energy dialogue between producers and consumers and therefore he believed in the important role that the IEF can play, as a neutral platform, to foster greater mutual understanding and awareness of common energy interests in order to ensure global energy security.

Mr Kazempour was associated with the IEF since its early days even before the establishment of the IEF Secretariat. He facilitated the meeting in which the IEF Statute was adopted on 28 September 2003 in Isfahan. Later on he supported the formulation of the IEF Charter and ensured that Iran was among the signatories to the Charter.

He was always keen to participate in all IEF Ministerial Meetings and Executive Board meetings until he was unable to so due to his ailing health.

Mr. Kazempour will always be remembered for his great accomplishments. Our thoughts and prayers are with his family.

Please accept, Your Excellency, the assurances of my highest consideration.