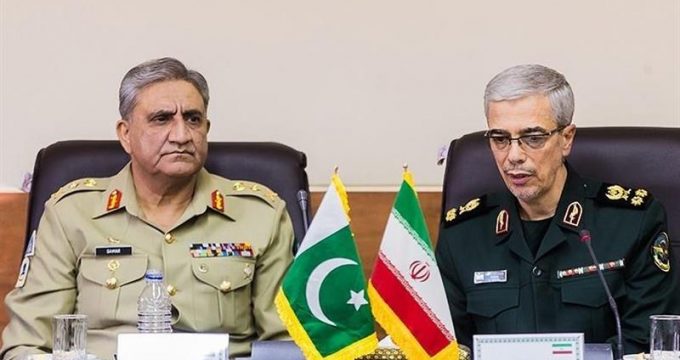 “We expect the Pakistani army officials to take firm action to free 3 border guards held by Jeish al-Zolm (as Jeish al-Adl is called in Iran) terrorist grouplet,” General Baqeri said in the phone talk on Monday.

Elsewhere, he underlined the Iranian Armed Forces’ preparedness to enhance the level of relations with Pakistan as well as the necessity to develop security measures at the borders and block the terrorist grouplets’ cross border attacks.

Iran is ready to develop its defensive and economic cooperation with Pakistan, General Baqeri said.

Bajwa, for his part, called for increased exchange of expert delegations to maintain stability and security and prevent terrorist acts along the shared borders.

Fifteen Iranian Basijis (volunteer forces) and border guard forces were abducted by terrorists in the border of Iran’s province of Sistan and Baluchistan with Pakistan on October 15, 2018, by Jeish al-Adl terrorist group. Most of them were released last year.

The group has bases in Southwestern Pakistan and started operations nearly 7 years ago after recruiting the remnants of Jundullah notorious terrorist group and reorganizing them.