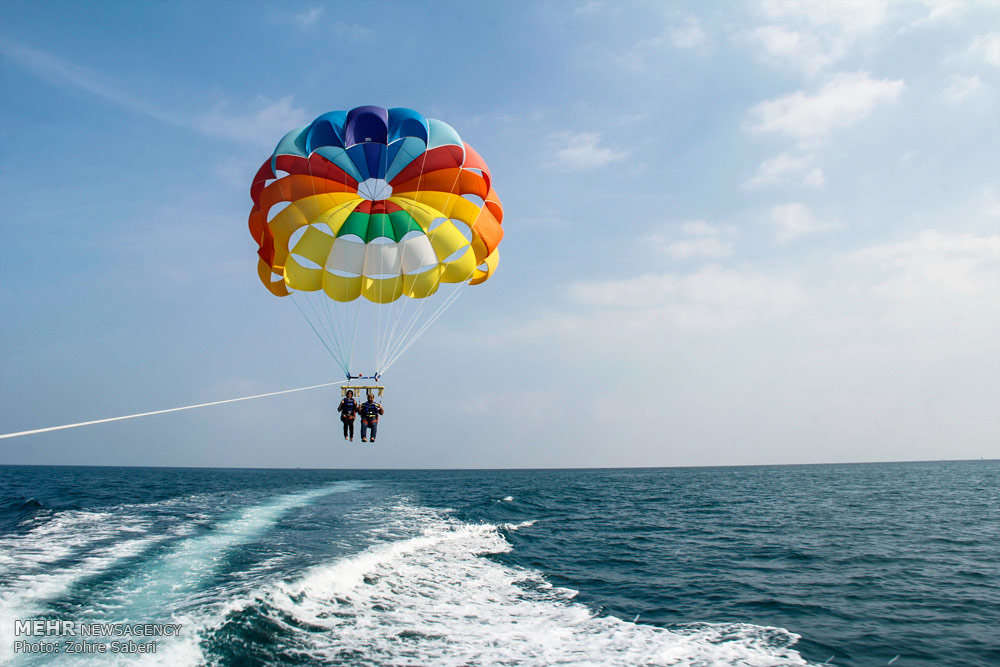 Financial Tribune – Flights from Tehran, Isfahan, Shiraz, Mashhad and Bandar Abbas to Kish Island were set to resume as of May 9, Reza Jafarzadeh, the spokesman of Iran Civil Aviation Organization, said on Friday.

As per the decision of Kish Health Council, all flights to the southern Iranian resort island were suspended since March 18 to prevent the spread of coronavirus.

On Friday, the council lifted travel restrictions to the island.

“All airlines are now free to operate flights to Kish, once they secure a permit from CAO,” Jafarzadeh was quoted as saying by IRNA.

Hotels in Kish suffered losses of up to 15 quadrillion rials ($92 million) during the Iranian New Year Holidays (March 17-April 5) due to the outbreak of the novel coronavirus.

“Revenues from the 20 days of New Year holidays, when people have the free time to travel, for Kish equal that of 4 months of business. Yet, this year, the Covid-19 crisis took away these revenues and left us with losses that will be very difficult to compensate,” Masihollah Safa, the head of Kish Hotel Owners Association, was quoted as saying by ILNA.

According to the official, the overall financial loss caused to hotels across the country is estimated to be 60 quadrillion rials ($370 million).

“There are 50 hotels operating in Kish Island, all of which have been hit by the virus outbreak, following which all hotels in the country were closed down.”

Kish is a 91-square-kilometer resort island in the Persian Gulf, off the southern coast of Iran. It is part of the Bandar Lengeh County in Hormozgan Province.

Owing to its free trade zone status, Kish Island is touted as a consumer’s paradise, with numerous malls, tourist attractions and resort hotels.

Kish Island is the third most-visited vacation destination in Southwest Asia, after Dubai and Sharm el-Sheikh. Tourists from many foreign countries entering Kish Free Zone from legal ports are not required to obtain any visa prior to travel.

The government has announced it will offer bailout to coronavirus-hit businesses, including loans with a 12% interest rate; the Cultural Heritage, Handicrafts and Tourism Ministry has also put forward a rescue package for tourism businesses that has yet to be finalized.

Economic operators, however, believe that although these bailouts are positive measures, they can’t resolve problems faced by the industry.

“The bailouts don’t offer that much of a cure, given the fact that the pandemic has brought tourism to a standstill for two months now,” Amir-Pouya Rafiei-Shad, the head of Tehran Province Tour and Travel Agencies Association, said.

“Last year was a bumpy ride for tourism industry: spring flooding events, November protests and Ukraine International Airlines plane crash. The outbreak of the coronavirus may be the last straw for the industry not only in Iran but also in the whole world,” he said.

Noting that the Cultural Heritage, Handicrafts and Tourism Ministry has proposed value added tax delay to support the industry, he said no work has been done over the past couple of months because all travel agencies were closed.

“The government needs to offer tax exemption to tourism industry for the fiscal 2019-20 and 2020-21, and help provide social welfare to employees of this sector. All governments promise to reduce the unemployment rate, so the financial support could help save jobs and prevent the bankruptcy of travel agencies,” he said.

Rafiei-Shad put the number of travel agencies in Tehran at 20,000 and said considering that each of them has 10 employees on their payrolls and each employer is the head of a four-member household on average, this can secure the livelihood of 80,000 people only in the capital city.

“No one accepts the responsibility for the unemployment of tour guides,” Mahdiyeh Jahangir, a tour guide told the Persian-language daily Iran. “There are 10,000 tour guides in Iran and as they don’t have an employer, they usually don’t have insurance coverage and consequently can’t receive unemployment benefits.

“We only have a tour guide ID card and nothing more,” she said.

The government bailout for the tourism businesses is 120 million rials ($738) for each employee, which must be repaid over two years with a 12% interest rate. This sum is only sufficient to pay financial compensation for two months of an employees’ services.

Experts believe the government needs to offer loans at low interest rates like 5% instead of 12% to tourism industry and consider a five-year period for the repayment of loans with a one-year moratorium period.