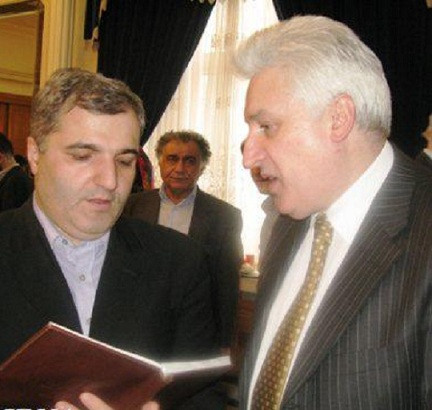 US empty-handed against Iran after withdrawal from JCPOA: Russian official

MNA – Member of Russian Defense Ministry Public Council Igor Korotchenko said after its withdrawal from the JCPOA, which was a big mistake, the US is now empty-handed against Iran and is unable to extend Iran’s arms embargo.

He told IRNA that while there are some few months to next Presidential elections in the US, Trump and his supporting team are unable to gain a new achievement against Iran.

“The US pulled out from the JCPOA and it cannot legally refer to articles 10 and 11 of UN 2231 Resolution or to activate the trigger mechanism,” he underlined.

He named the US’ decisiveness and measures to get Iran’s arms embargo extended after October 2020 as a type of bullying behavior.

Korotchenko noted that as far as the US applies its unilateralism views and bullying behaviors, no country can have constructive cooperation with it.

“The US is not a reliable partner,” he added.

Iran has lambasted the US for mocking international laws via its hawkish policies, such as breaching the United Nations Security Council’s Resolution 2231. The country refers to US withdrawal from the JCPOA as clear modern-day instances of “systematic contempt” for international law that have endangered multilateralism across the world.

The United States unilaterally and illegally left the JCPOA in May 2018 and began reinforcing the sanctions that the deal had lifted. Washington has also been threatening other countries into toeing its sanction line and break their trade ties with the Islamic Republic.

The US and some countries have undermined the world body’s credibility through their contempt and contravention of the international law, and resorting to inhumane measures such as sanctions, to which their foreign policy has become addicted.