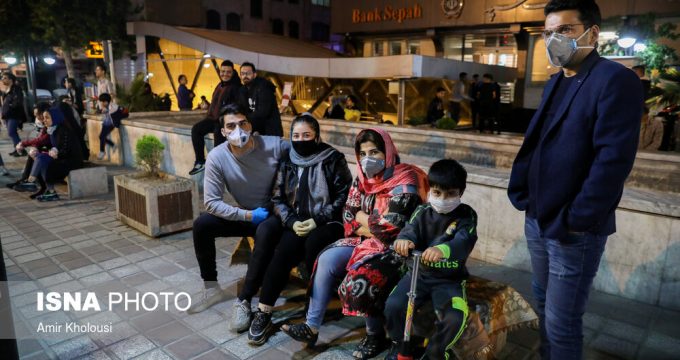 No damage to utilities in Tehran’s 5.1 quake

Financial Tribune – There are no reports of gas leaks or explosions in the distribution and transmission networks in Tehran and Mazandaran. Gas supply is safe and secure in all cities of the two provinces

G as, electricity and water networks in Tehran Province were spared by the earthquake that jolted the capital in the early hours on Friday.

The 5.1-magnitude quake struck the densely populated capital at 00:48 am and lasted several seconds.

According to Iran’s National Seismological Center, the epicenter of the quake was in Damavand County, 58 kilometers northeast of Tehran, on the border of Tehran and Mazandaran provinces and at a depth of 7km.

The quake did not disrupt the gas grid and supply facilities, a spokesman for the National Iranian Gas Company said.

“There have been no reports of gas leaks or explosions in the distribution and transmission networks in Tehran and Mazandaran. Gas supply is stable in all cities of the two provinces,” Oil Ministry news agency Shana quoted Mohammad Asgari as saying.

As buildings shook the people panicked and got out of their homes. Most spent hours in the streets in their cars or in parks in the middle of the night

Likewise, no cut in water or electricity supplies were reported, head of the Energy Ministry’s crisis management department said.

“Power and water networks in Tehran are normal,” Meysam Jafarzadeh was quoted as saying by ILNA.

Following the quake, people rushed out of their homes and spent several hours in the streets and parks in the middle of the night.

Officials urged the people outdoors to observe social distancing to limit spread of the coronavirus that has killed nearly 6,500 and infected more than 103,000 in Iran.

Two people reportedly died and 23 others were injured. There were several mild aftershocks.

Although no serious damage was reported, roadblocks were seen blocking entry to the mountainous Damavand area.

Motorists rushed to gas stations to fill up and created long queues near some filling stations in several districts until morning.

“There is no problem with gasoline supply and there is enough fuel in the stations,” Fatemeh Kahi, spokesperson of National Iranian Oil Refining and Distribution Company, said.

Emphasizing that no damage was done to the gas stations, she urged the public not to indulge in panic buying.