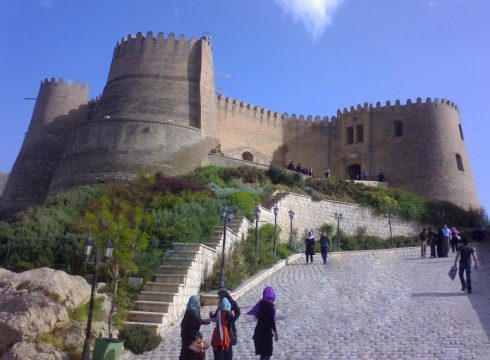 Sputnik – On Thursday, an earthquake estimated at 5.1 magnitude hit a large part of Iran, including the Tehran province in the northern areas of the country. One day earlier, another earthquake with the same strength hit the province of Lorestan in the western regions of the country.

A Wednesday earthquake in Iran’s western province of Lorestan caused deep cracks to appear in the walls of the centuries-old Falak-ol-Aflak fortress built during the Sassanid era, Mehr News reported on Thursday.

The castle, also known as Shapur Khwast, was built over 1800 years ago on the top of a large hill with the same name in the city of Khorramabad, the regional capital of the Lorestan province.

The iconic structure became a national museum in 1968. Prior to that, the castle was used as a prison under the Pahlavi dynasty that ruled Iran from 1925 until 1979.

According to the outlet, the earthquake was at a relatively shallow depth of 7 km, and took place near the city of Firouzabad, the capital of Firuzabad County, in the Fars province in southeastern Iran.

Iran is known for frequent earthquakes, as 90 percent of the country’s territory lays at the crossing of several major faults, making it particularly seismically active.