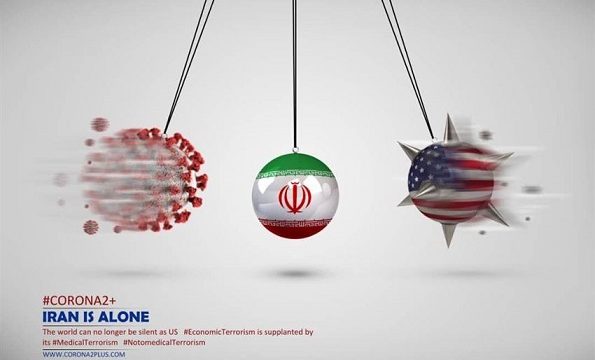 The US takes a small, insufficient step to help Iran control its COVID outbreak

The U.S. Air Force has joined the list of organizations that worry about the impact of U.S. sanctions on Iran amid the coronavirus pandemic.

A service intelligence report leaked to the press says sanctions have “left Iran bereft of financial resources to mount an effective public health response” to the pandemic and “unable to order ventilators from abroad, which are crucial for treatment.” The report also says that contact with infected Iranians have given Qatar the largest number of COVID cases in the region of countries hosting U.S. troops. Iran’s situation, the report says, may create “potential negative effects to U.S. forward operating locations due to civilian personnel who are staffed throughout CENTCOM.”

With the well-being of U.S. troops now affected by sanctions, there are signs the U.S. government is altering its approach. On April 16, the U.S. Treasury Department’s Office of Foreign Assets Control, or OFAC, released guidance to clarify exemptions for humanitarian trade.  That’s a welcome, but limited, response to a once-in-a-generation crisis. The Trump administration should pursue far more avenues to give relief to Iranians and help keep U.S. troops safe.

In an April 17 panel discussion with the Center for New American Security, OFAC director Andrea Gacki said, “It’s one of my primary objections to make sure that sanctions do not impede humanitarian relief efforts related to the COVID-19 crisis.”

However, amid the evidence that sanctions continue to stymie the flow of medicine to Iran, OFAC’s new guidance announces no new exemptions, just attempts to clarify the scope of existing exemptions.

The new guidance says that “certain personal protective equipment (PPE) and other items used for COVID-19- related treatment…already qualify for export and reexport to Iran under general licenses, without the need for further authorization from OFAC.” But after adding this clarification, the document then goes on to list 36 other FAQs, statues, and other PDFs related to Iran sanctions and how they are applied.

Without specialized sanctions lawyers, it’s unreasonable to assume that small U.S. or European NGOs can navigate quickly or effectively without running awry of U.S. law. Larger pharmaceutical or medical companies may find it easier but still must pay an army of lawyers to sift through these laws to comply, expending resources and wasting time that the people in Iran do not have.

While the new explainer seemed to greenlight some items, it highlighted other necessary supplies and equipment that need special licensing. These items include “oxygen generators, full face mask respirators…and certain diagnostic medical imaging equipment, and certain decontamination equipment.” Companies that wish to sell or donate these items to Iran must go through an additional layer of bureaucracy by applying for a specific license from OFAC on a case by case basis, adding greater delays to an already arduous process.

Limited clarifications can tinker around the edges, but don’t give Iranians the sort of expansive relief they need. Moreover, it is possible to provide substantial relief to Iranians without wholesale sanctions relief. Many things can be done concurrently, have low risks of being misused, and would do more to help ordinary Iranians.

To avoid confusion, Treasury could issue unconditional “letters of comfort” to foreign banks and companies, assuring them they won’t be subject to sanctions when engaged in humanitarian trade with Iranian companies.

Or Treasury could create more humanitarian channels with third-party countries and relax their stringent reporting requirements. Gacki mentioned that Treasury and the State Department are “evaluating requests” from countries to create their own “white channels.” So far, however, there is just one such arrangement: a Swiss-operated channel that had through mid-March completed just only a single transaction due to a lack of financing for Iranian companies. The arrangement’s arduous due diligence requirements has been described by a group of American and European foreign policy leaders as a “significant disincentive to any Swiss companies that might consider making use of the [channel].”

U.S. officials could also allow countries to unfreeze Iranian escrow accounts. Before the Trump administration tried to end Iran’s oil exports, it gave certain countries waivers that allow Iran to accrue funds from these sales in escrow accounts in foreign banks that could only be used to pay for humanitarian exports in the same country. Once the waivers stopped in April 2019, the accounts were frozen, and with them billions of dollars Iran could be using to purchase medical supplies during the crisis. The U.S. could allow these countries to unfreeze these accounts and make clear they will not be subject to sanctions if Iran uses them to purchase desperately needed supplies.

The U.S. could also allow the IMF to approve Iran’s pending request for a $5 billion loan, which would help the economically strapped country address its balance-of-payments crisis and pay for desperately needed medical supplies. (U.S. officials have suggested that they would block the loan, though it is unclear whether they can.) The money would, at least in theory, be closely overseen by the IMF and the European banks where the money would be held, diminishing the risks of misuse and maximizing its use for relief.

Ultimately, the quickest, broadest way to get relief on the ground in Iran would be a temporary suspension of sanctions on various sectors of Iran’s economy, such as the banking and manufacturing sectors. If broad financial-sector sanctions remain in place, they will continue to deter humanitarian trade, shutter civilian-owned businesses, and undermine government assistance programs. While many countries, including the U.S, have government assistance programs to assist those in need, Iran’s policy options have been limited due to the state of their economy. A temporary lifting of these sanctions would be the fastest way to give Iranians the sort of relief they need as they contend with the disease.

When a massive earthquake killed 26,000 Iranians in 2003, President Bush suspended sanctions for three months to send 150,000 pounds of medical supplies and hundreds of aid workers to help the people of Iran recover. The House of Representatives even unanimously passed a resolution praising Bush’s decision “to issue a general license” that saved lives.

The steps listed above do not go as far as President Bush’s response, but represent the minimum required of the U.S. to aid people in need. Moreover, if the administration does not do more to mitigate the disaster in Iran, they will continue to put U.S. troops at risk. Therefore the Trump administration should revaluate its sanctions policy both in accordance with precedent and U.S. interests.

#ENDCOVIDSANCTIONS, coronavirus in Iran, IMF loan May 7, 2020
Iran reopens mosques, records almost 80,000 hospital recoveries
Like it or not, Iran-Arab trade still in tens of billions