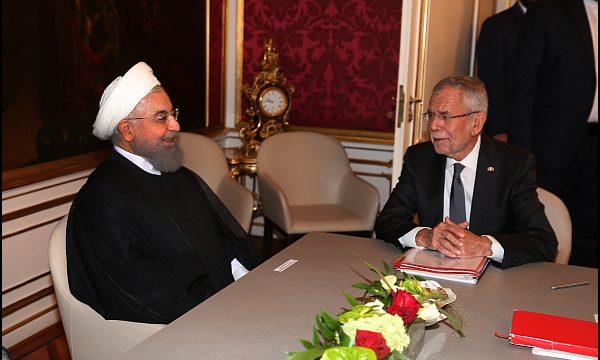 MNA – Iranian President Hassan Rouhani said that the Islamic Republic of Iran expects Europe to put pressure on the Zionist regime and not allow it to continue attacks on Syria.

Rouhani made the remarks in a telephone conversation with Austrian President Alexander Van der Bellen on Wednesday.

The two presidents also termed US sanctions as a hurdle ahead of meeting medical and pharmaceutical requirements and announced their opposition against the continuation of these sanctions.

Despite the current tough condition for battling the novel coronavirus, COVID-19, the United States continues to put barriers ahead of Iran’s path of meeting its pharmaceutical and medical needs, Rouhani said, adding, “the US government even strongly opposes Iran for its loan request from the International Monetary Fund [IMF] in order to fight against the pandemic.”

Turning to Iran’s nuclear deal, known as JCPoA, President Rouhani said, “in the current situation, we believe that European Union should take more serious and practical measures with regards to its commitments towards the international issues and JCPoA.”

In the current situation of the outbreak of the novel coronavirus in the global arena, all efforts should be focused on lifting of sanctions, settling differences and suffocating spread of war and conflicts, he said, adding, “Islamic Iran is seeking peace and stability in the region and Europe is expected to put pressure on the Zionist regime and not allow it to continue its attack on Syria and Lebanon as well as siege of Gaza Strip at the current condition of the coronavirus global pandemic.”

Austria and the European Union are against US unilateral sanctions imposed against Iran and will continue their cooperation with Tehran despite US sanctions, he emphasized.

The move taken by the US government over JCPoA contradicts with the international treaties, he said, adding, “we try to ameliorate relations between Iran and EU without being influenced by the United States.”