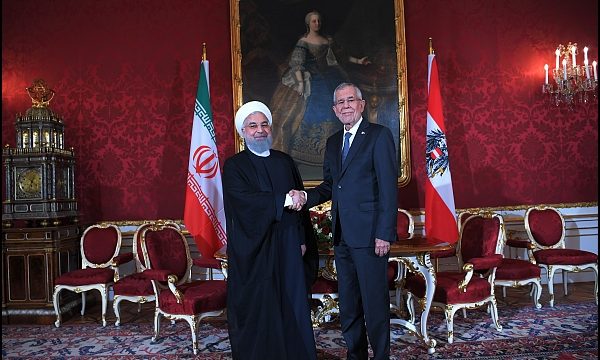 Iranian President Hassan Rouhani said that the Islamic Republic of Iran expects Europe to put pressure on the Zionist regime and not allow it to continue attacks on Syria.

Iranian FM Mohammad Javad Zarif on Thursday extended congratulation to Iraqi Prime Minister Mustafa al-Kazemi on approval for the post as well as the Iraqi Parliament and nation for the formation of a government.

U.S. President Donald Trump has vetoed a congressional resolution calling for him to halt the use of U.S. forces against Iran unless authorized by Congress.

President Hassan Rouhani said on Thursday that screening for COVID-19 should continue by the Ministry of Health, Treatment and Medical Education with diagnostic tests for suspected cases to ensure people’s health.

The Iranian Intelligence Ministry says it has dismantled two terrorist groups in the west and northwest of the country and confiscated a cache of arms from them.

Iranian President Hassan Rouhani said that Islamic Republic of Iran is ready to remove requirements of Tajikistan in the field of battling the novel coronavirus, also known as COVID-19.

US in no position to discuss JCPOA-related issues: Iran

Iran’s Foreign Ministry said the United States that quit the 2015 nuclear deal between Tehran and world powers in 2018 is by no means in a position to address issues related to the international deal, known as the Joint Comprehensive Plan of Action (JCPOA).

Iran’s Health Ministry spokesman Kianoosh Jahanpoor said on Thursday that the total number of coronavirus cases in the country has reached 103,135, while over 82,000 have recovered from COVID-19.

Alexander Van der Bellen, Hassan Rouhani, US withdrawal from JCPOA May 7, 2020
Russia’s Lavrov: US’ ‘illegal’ sanctions hamper Iran’s fight against coronavirus pandemic
Despite rising tensions, Iran and US are negotiating a prisoner release