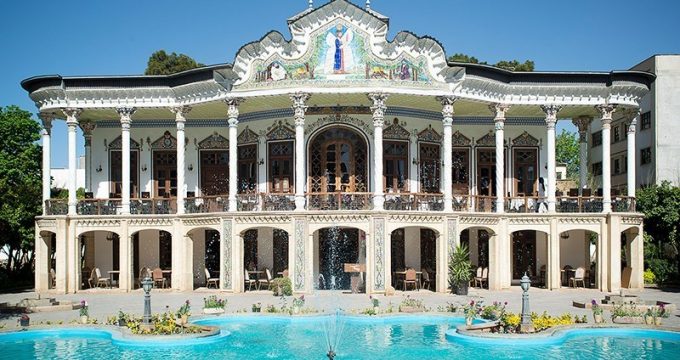 MNA – The 15th day of Ordibehesht in Persian calendar that falls on May 4 this year has been designated as Shiraz Day due to its historical and cultural importance as well as its unique beauty.

Shiraz, as the city of prominent Iranian poets Saadi and Hafez, and with a great background in the history and culture of this land, has a special place among Iranians.

It is one of the most historic cities i

Shiraz is one of the biggest cities in Iran and the most significant city in the center of Fars province. It is located in the southwest of Iran in the Zagros mountainous area, a highly important protection for the strategic location of Shiraz.

There is no definitive record of its existence prior to the late 7th century CE, but few archaeological finds dating from 1933 and beyond indicate that the site or vicinity of Shiraz was likely settled in the pre-Islamic era as early as the 6th century BCE.

The modern city was founded or restored by the Umayyads in 693 and grew prominent under the successive Iranian Saffarid and Buyid dynasties in the 9th and 10th – 11th centuries, respectively. It was the capital of Persia during the Zand dynasty from 1750 until 1800.

According to historical documents, the name of ‘Shiraz’ was inspired by the writings on Elamite clay tablets dated 2000 BC. The name Shiraz also appears on clay sealings found at a 2nd-century CE Sassanid ruin, east of the city. By some of the native writers, the name Shiraz has derived from a son of Tahmuras, the third Shāh (King) of the world according to Ferdowsi’s Shāhnāma.

Shiraz has a rich cultural and historical background and is known as the city of poet, literature, flower, and garden in Iran.

Many famous Iranian poets and philosophers were born in Shiraz and have played an important role in making Shiraz famous, including Saadi, Hafez, and Mulla Sadra.

In the 13th century, the Shiraz became known as the City of Sciences (Dar-ol- Elm) due to the prosperity of science, culture, and art.

Wooden handicrafts like inlay, that may be more famous than all other handicrafts in shiraz, wood carving, marquetry, pottery and ceramic handicrafts like pottery making, mosaic faience, Cuerda Seca, metal works like silver works and chasing, hand-woven products like Kilim and Gabbeh, mat weaving, along with a traditional glass blowing with a long history, felting, stucco, Giveh weaving, and miniature painting, made Shiraz awarded world city of handicrafts in 2020, along with three other cities and villages of Iran.

The same as other cities in Iran, Shiraz has its own traditional cuisines.

‘Shirazi salad’ is a delicious and famous salad available throughout Iran, made with cucumbers, tomatoes, onions, and a simple lemon juice and olive oil dressing.

‘Kalam polo’ is a traditional food cooked only in Shiraz. It is made of rice, meatballs, chopped cabbage, and some other vegetables and spices.

‘Ashe Sabzi’ is a kind of soup made of vegetables and meat.

‘Shirazi Faloodeh’ is a traditional Iranian cold dessert similar to a sorbet. It consists of thin vermicelli-sized noodles made from starch in semi-frozen syrup containing sugar and rose water. Faloodeh is often served with lime juice.

The best time to go to Shiraz is in May when the streets are full of orange blossom’s perfume. The Shiraz’s climate is usually pleasant during this month. Visiting one of the most beautiful cities in Iran will take at least three or four days to explore all the city’s landmarks.

Shiraz is considered as one of the most important tourist centers of Iran with beautiful and picturesque attractions that attract many domestic and foreign tourists every year.

Here is a list of the most popular attractions you will find in the historical city of Shiraz.

Shah Cheragh is a holy monument in Shiraz. It is the tomb of Ahmad and Muhammad the sons of Imam Musa Kazim (the 7th Imam of Shia) and brothers of Imam Reza (the 8th Imam of Shia).

It was built during the reign of Atabakan of Fars in the 12th century.

It is a traditional and historical house in Shiraz which dates back to the Qajar era. Due to the abundance of sour orange trees, it is called Narenjestan.

Saadi’s tomb is located in southern Shiraz. His mausoleum, also called Saadieh, is one of Iran’s major tourist attractions. The tomb was first built in the 13th century. However, after being destroyed in the 17th century, it remained untouched until the present-day building was constructed in the 1950s.

Many Persian elements have been used in its architecture. It is also a National Heritage Site.

Every year, a number of literati and scholars from around the world gather at the mausoleum on April 20 to commemorate the great Persian.

It is a historic Persian garden that belonged to the leaders of the Qashqai tribe before being confiscated by the central government. The garden, and the building within it, is located at the northern shore of the Khoshk River in the Fars province.

They are open to the public as a historic landscape garden. They are World Heritage Site and protected by Iran’s Cultural Heritage Organization.

Mausoleum of Hafez, commonly known as Hafezieh, are two memorial structures erected in the northern edge of Shiraz, Iran, in memory of the celebrated Persian poet Hafez.

The tomb, its gardens, and the surrounding memorials to other great figures are a focus of tourism in Shiraz.

The Arg of Karim Khan or Karim Khan Citadel is a citadel located in downtown Shiraz. It was built as part of a complex during the Zand dynasty. It is named after Karim Khan and served as his living quarters. It is rectangular in shape and resembles a medieval fortress.

It is one of the most beautiful and photographed pieces of architecture in Shiraz which was built during the Qajar dynasty at the end of the 19th century. It is one of the most unique and different mosques in Iran. The mosque is famous for its colored glasses and its tiles are unique in their kind.

Mostly known as the “Pink Mosque” because its tiles are beautifully decorated with pre-eminently pinkish rose color, it is also called the “Mosque of colors,” the “Rainbow Mosque” or the “Kaleidoscope Mosque”.

It is a museum complex that was constructed in 1863. It contains a former royal mansion, a historical weapons museum, and a Persian garden, all open to the public.

One of the most important artistic and historical buildings, which have remained from the Zand period, is Vakil Mosque. It was used as a place for Friday prayer a few years ago. The tile workes in this building are one of the best that shows the art of Iranian tile workers and the painters in the 12th century A.H.

It is the main bazaar of Shiraz located in the historic center of the city. This bazaar had been built with the order of Karim Khan Zand (Iranian King) at about 200 years ago.

It has beautiful courtyards, caravanserais, bathhouses, and old shops which are deemed among the best places in Shiraz to buy all kinds of Persian rugs, spices, copper handicrafts, and antiques.

It is the most famous Bath in Shiraz which is one of the Karim Khan Zand monuments built by his order in the Shah Square neighborhood, next to the Vakil Mosque.

This large bathroom has the most advanced principles of Zand’s architecture. One of the interesting parts in this bathroom is a special place named “Shahneshin” that was special to Kings.

Vakil Bath has been repurposed as a restaurant and later as the museum of ethnography to identify the culture and traditions of people in Shiraz.

It is a historic gate located at the northeastern entrance of the city, on the way to Marvdasht and Isfahan.

By the time of the Zand dynasty, it had sustained a lot of damage, so it was restored and a small room on top was added, in which were kept hand-written Qur’ans by Sultan Ibrahim Bin Shahrukh Gurekani.

Travelers passing underneath the gates were believed to receive the blessing of the Holy Book as they began their trip or journey from Shiraz.