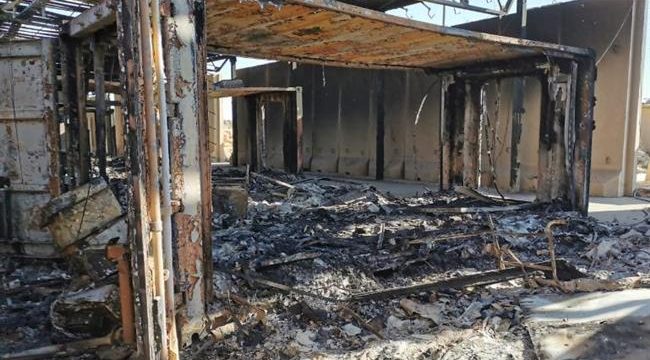 Sputnik – The US Department of Defense has revealed that a number of American troops injured in the January 8 missile strike in Iraq carried out by the Iranian Islamic Revolutionary Guard Corps (IRGC) will receive Purple Heart medals following the conclusion of an ongoing review process.

A US defense official confirmed to the Military Times this week that an unidentified number of US troops injured by the IRGC’s January barrage on Ayn al-Asad airbase in western Iraq met requirements necessary for a Purple Heart – a US medal awarded to service members wounded or killed in the line of duty.

The IRGC strike came about during “Operation Martyr Soleimani” – a response to the killing of Iranian Maj. Gen. Qasem Soleimani, along with several leading Iraqi defense officials, by a US airstrike near Baghdad Airport on January 3.

“The Purple Heart submissions remain under review and are being processed in accordance with Defense Department and military service regulations,” Pentagon spokesperson Jessica Maxwell told the Military Times. “Upon completion, service members entitled to receive the Purple Heart will be notified by their leadership.”
The spokesperson told CNN’s Barbara Starr, who broke the story on Tuesday, that the proposed Purple Heart cases are in the “final stage” of evaluation by the US-led coalition in Iraq.

US defense officials informed Starr that the department’s awarding of the Purple Hearts is a particularly sensitive subject due to the fact that US President Donald Trump had previously made light of the incident at the World Economic Forum in January, saying that he doesn’t consider traumatic brain injuries (TBI) to be “very serious injuries relative to other injuries,” when compared to “people with no legs and no arms.”
The US president also claimed he did not believe reports of “headaches and a couple of other things” were that serious at the time.

As of now, at least 110 troops have been diagnosed with mild traumatic brain injuries from the January 8 strike. However, this number only came out after quite some time, as a running list of those injured continued to grow for several weeks after the attack. Delays in reporting fueled skepticism about the US military’s transparency and spurred allegations from the likes of IRGC Brig. Gen. Ramezan Sharif, who said Washington was using “brain injuries from the attack on Ayn al-Asad to be a metaphor for dead US troops.”

However, even before the present-day count of 110 injuries was announced, the US president received significant backlash from service members, veterans and veteran organizations, such as Veterans of Foreign Wars, which called on Trump to issue an apology to US troops “for his misguided remarks.”
“TBI is a serious injury and one that cannot be taken lightly. TBI is known to cause depression, memory loss, severe headaches, dizziness and fatigue — all injuries that come with both short- and long-term effects,” the group said in a January 24 release.

However, its demand was never met by the commander-in-chief.