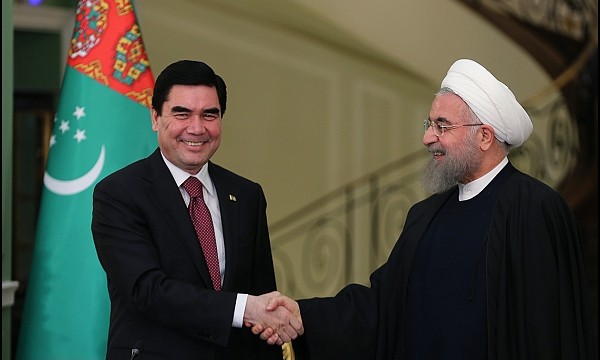 Tasnim – Iranian President Hassan Rouhani and his Turkmen counterpart weighed plans to enhance cooperation between Tehran and Ashgabat in the fight against the novel coronavirus pandemic and resume the normal trade ties between the two neighbors.

In a telephone conversation on Wednesday, Rouhani and Turkmen President Gurbanguly Berdimuhamedow hailed the historical and cultural commonalities between the two nations and the friendly and growing relations between the two governments in various fields, including the economic and trade ties, and called for the promotion of cooperation in all arenas in order to serve the interests of their nations.

They also congratulated one another on the beginning of the holy Muslim month of Ramadan, and agreed that the Iranian and Turkmen authorities would accelerate efforts to restore the process of economic cooperation between Tehran and Ashgabat to the previous situation and resume the trade exchanges at the common border in full compliance with health protocols.

The two presidents also discussed the difficulties and hardship that the outbreak of the coronavirus has created for the majority of countries in the world, deemed collective efforts and rapport among the countries necessary for the battle with COVID-19, and stressed the need for mutual cooperation between Iran and Turkmenistan in the fight against the virus.

Highlighting the Islamic Republic of Iran’s great success and achievements in the battle against the pandemic, Rouhani said, “We are prepared to offer our experiences to the friendly country, Turkmenistan.”

Berdimuhamedow, for his part, touched on Iran’s position in economic and trade activities in the region, saying Turkmenistan gives priority to the expansion of cordial relations and cooperation, coupled with mutual respect, with friendly countries, particularly with the Islamic Republic of Iran.