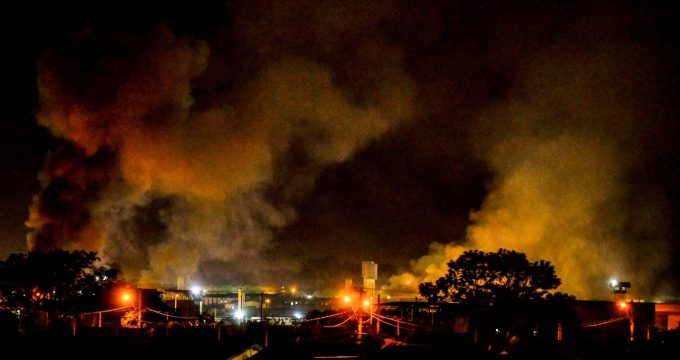 As coronavirus strikes prisons, hundreds of thousands are released

Prisons across the world have become powerful breeding grounds for the coronavirus, prompting governments to release hundreds of thousands of inmates in a mad scramble to curb the spread of the contagion behind bars.

The pandemic has also set off prisoner rebellions as angry inmates have called new attention to chronic problems in corrections systems in many countries, including overcrowding, filth and limited access to health care.

In Brazil, which has one of the largest and most overloaded prison systems, inmates have recorded videos behind bars threatening to kill guards unless the government moves swiftly to improve their conditions.

In Colombia, a prison riot last month by inmates concerned about catching the virus left 23 prisoners dead. And on Friday in a Buenos Aires penitentiary, inmates angered over the lack of virus protection rioted for nine hours, climbing on the roof, burning mattresses and displaying a banner that read, “We refuse to die in prison.”

“In many countries, detention facilities are overcrowded, in some cases dangerously so,” Michelle Bachelet, the United Nations High Commissioner for Human Rights, said in a statement. “The consequences of neglecting them are potentially catastrophic.”

At least 125 countries hold more prisoners than their correctional systems were designed for, including 20 that have more than two times the number of inmates they’re equipped to secure, according to the World Prison Brief, a database kept by the Institute for Crime & Justice Policy Research at the University of London.

The virus’s ease of spreading behind bars became clear in February, when at least 555 inmates in China were infected at facilities in Hubei, Shandong and Zhejiang Provinces.

In response, the government dismissed several wardens for their failure to prevent the outbreak, forbade prison visits and required guards at several facilities to remain at their posts for weeks.

Five prisons in Hunan designated a building within each facility to isolate infected prisoners and guards. Inmates in a Shandong prison were taken to hotels for quarantine after a prison guard returning from Wuhan, where the coronavirus was first reported, infected other guards and inmates.

As the virus quickly spread across borders in the following weeks, officials in many countries suspended prison visits but struggled to impose social-distancing measures in teeming wards.

Iran, which has been one of the hardest-hit countries, in mid-March temporarily released roughly 85,000 detainees, including some political prisoners. But human rights advocates have also criticized Iran for what they call its harsh suppression of inmates who have protested their risk of infection.

Ms. Bachelet said on Wednesday that Iran may have accelerated executions of prisoners on death row who joined some of those protests.

This month Turkey’s Parliament passed a law authorizing the temporary release of 45,000 prisoners. Indonesia has released at least 30,000. 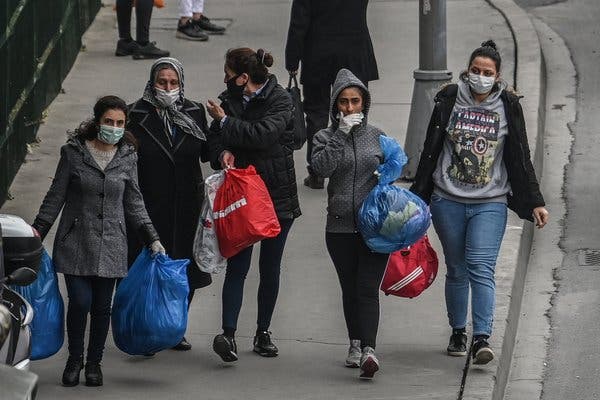 Thousands of prisoners, including some migrants, have also been released in the United States.

In Brazil, officials reported four deaths, 104 confirmed coronavirus cases and 145 suspected ones among prisoners as of Sunday. The country says it has released about 30,000 prisoners. But that figure is not significantly higher than the typical release rate, according to experts.

Experts say the scope of the problem in Brazil behind bars is unclear because only 682 of the country’s more than 773,000 prisoners have been tested.

Drauzio Varella, a doctor who has studied and written books about the health care needs of prisoners in Brazil, said a disproportionate number suffer from serious conditions, including diabetes, obesity and hypertension.

“Prisons in Brazil often have double or triple the capacity they were built for, with people sleeping on the floor,” he said. “One person coughing can infect everyone else.”

Even with the releases, tensions are escalating inside several Brazil facilities, where some gang leaders are threatening violent rebellions and others have smuggled out messages to relatives saying they’re going hungry. 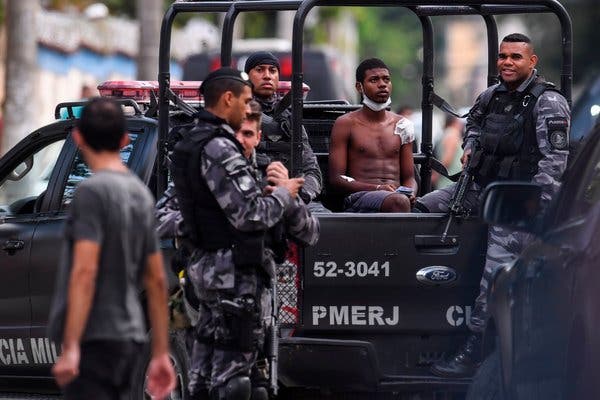 A group of gang members detained at a prison in Minas Gerais state recently recorded a video calling on all criminal gangs, which hold considerable sway inside Brazilian prisons, to join forces to wage “war against the government.”

Reading from a statement, one of the prisoners said they were not being provided with medicine and complained about rancid food. He threatened to direct gang members outside to set buses on fire and execute prison guards as detainees standing behind him mimicked a decapitation.

“This virus that is circulating around the world is going to kill many brothers in prison,” he said. “We’re prepared to knock down these prisons.”

A state official said in a statement that the men in the video had been identified, and that the authorities had confiscated the cellphone used to make the video.

To prevent transmission of the virus, officials in Brazil have suspended visits from relatives and lawyers, and sought to step up hygiene measures at federal and state prisons.

While Brazilian judges have approved thousands of early release petitions, top Justice Ministry officials have said it would be a mistake to release prisoners en masse, arguing that would create risks to public safety.

Prisoner advocates say it is more risky for the inmates to remain in prisons.

Pastoral Carcerária Nacional, a Christian organization that supports prisoners and their families, said many relatives of the incarcerated have been barred from providing them with food and hygiene items.

“Prisoners get the bulk of material support from what their families can bring, because the food they are given inside is terrible and scarce,” said Sister Petra Silvia Pfaller, the group’s coordinator. “Even before the pandemic they were already going hungry.” 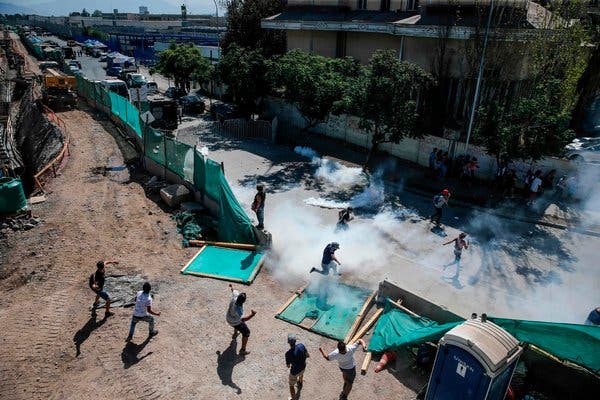 Relatives of inmates in Santiago, Chile, clashing with security forces after a large number of prisoners tried to escape amid panic over the spread of Covid-19 last month.Credit…Javier Torres/Agence France-Presse — Getty Images

Andrelina Amelia Ferreira, who heads the Mothers of Jail Movement in São Paulo, said she had received hundreds of messages from women alarmed about the tidbits of information they have gleaned from prisons that are now inaccessible.

One woman received a handwritten note from her husband, who reported running a high fever and having body aches. Lacking enough food, he told her, had prompted him to eat clumps of toilet paper and toothpaste. “I’m scared I will die in prison,” the note said. “I’m starving in this damn place.”

Vincent Ballon, the top expert on detention issues at the International Committee of the Red Cross, said the coronavirus crisis should prompt governments across the world to reconsider the laws and policies that have led to overcrowded and poorly run prisons in the first place.

“We hope that this will be an opportunity to rethink deprivation of liberty, especially things like pretrial detention and immigration detention,” he said.

Mário Guerreiro, who heads the National Council of Justice, a monitoring group in Brazil with oversight of the country’s prison system, said the pandemic had made glaringly clear the shortcomings of that system, which has grown exponentially in recent decades without a commensurate investment to build capacity.

Brazil has the world’s third largest prison population, behind the United States and China, according to the World Prison Brief. Overcapacity average in Brazilian prisons is 168 percent.