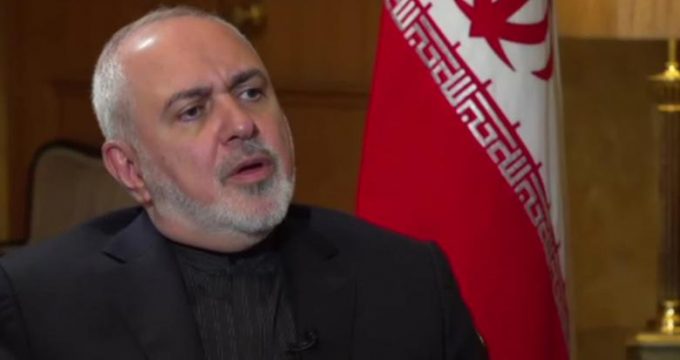 Tasnim – Iran’s Foreign Minister Mohammad Javad Zarif took a swipe at US Secretary of State Mike Pompeo after he claimed that Washington had not quit the 2015 nuclear deal between Tehran and world powers and remained a “participant state”.

“2 yrs ago, @SecPompeo and his boss declared “CEASING US participation” in JCPOA, dreaming that their “max pressure” would bring Iran to its knees. Given that policy’s abject failure, he now wants to be JCPOA participant. Stop dreaming: Iranian Nation always decides its destiny,” Zarif tweeted on Monday.

The tweet came after Pompeo recently said Washington technically remained a “participant” in the deal, known as the JCPOA, in order to use a mechanism embedded within the accord to make the UN maintain an arms embargo on Tehran.

“We cannot allow the Islamic Republic of Iran to purchase conventional weapons in six months. President Obama should never have agreed to end the UN arms embargo,” Pompeo claimed. “We are prepared to exercise all of our diplomatic options to ensure the arms embargo stays in place at the UN Security Council.”

In 2018, the US left the JCPOA and returned its sanctions against Iran in defiance of the agreement’s multilateral nature and the fact that it had been ratified by the United Nations Security Council.