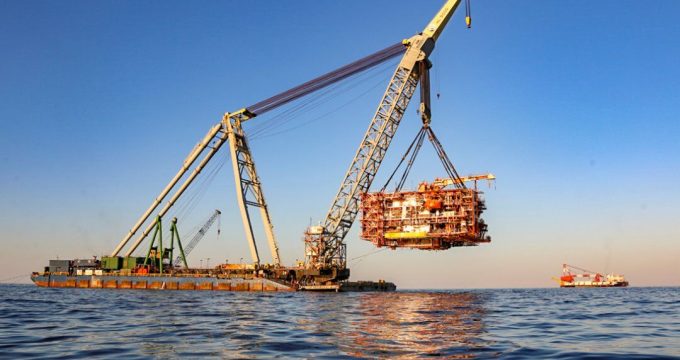 SHANA — The deputy head of the South Pars Phase 19 development project announced the arrival of a tanker ship equipped with single point mooring (SPM) in Assaluyeh, southern Iran, which would augment gas condensate loading capacity of the field.

According to Pars Oil and Gas Company (POGC), Hossein Azimi said the loading system had berthed at the jetty of Pars port on Saturday, April 25, 2020, with a capacity of 7,000 square meters per hour of loading capacity.

Single point mooring (SPM) is a floating buoy/jetty anchored offshore to allow handling of liquid cargo such as petroleum products for tanker ships. SPM is mainly used in areas where a dedicated facility for loading or unloading liquid cargo is not available. Located at a distance of several kilometers from the shore-facility and connected using sub-sea and sub-oil pipelines, these single point mooring (SPM) facilities can even handle vessels of massive capacity such as VLCC.

Single point mooring (SPM) serves as a link between the shore-facilities and the tankers for loading or off-loading liquid and gas cargo.

He said installation of the SPM would be complete by September.