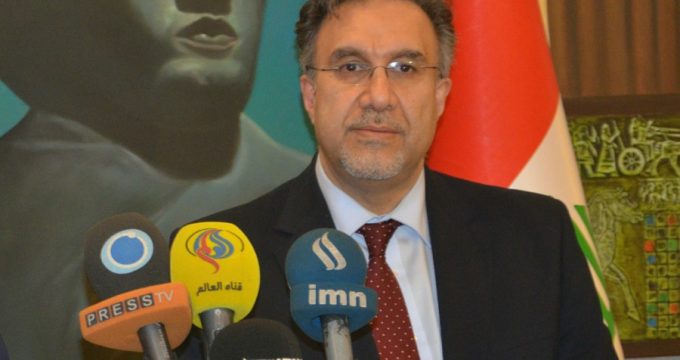 Iraq has to import gas and electricity from Iran for years, says minister

Radio Farda – With just two days remaining to the expiration of a thirty-day U.S. waiver to import Iranian gas and electricity, the Iraqi Minister of Electricity says it will take three to four years for the country to stop importing energy from Iran.

Luay al-Khatteeb, told S&P Global Platts that it would take several years for the country’s oil and gas projects to reach production capacity and end its dependency on Iranian gas.

“Those three to four years need to be an uninterrupted timeline with a government that enjoys full executive authority and no interference from political entities and in an environment that is welcoming to investments and multinational participation”, Luay al-Khatteeb said.

The United States has repeatedly granted waivers to Baghdad to keep importing Iranian gas and electricity despite its sanctions on Tehran. The last waiver was limited to a thirty-day exemption which soon expires.

Iraq was expected to invest $ 10 billion in its oil and gas projects to end its dependency on Iran within four years. Nevertheless, none of the projects are have made headway.

Meanwhile, Iran’s official statistics show a significant increase in the country’s electricity and gas exports, and Iraqi officials have made contradictory statements about energy imports from the neighboring country.

For example, on April 20, a spokesman for the Iraqi Ministry of Electricity, Ahmed Al-Abadi, announced that Iraq has reduced its electricity and gas imports from Iran by 75 percent after approaching self-sufficiency in its own energy production.

Iraq and Turkey are the only customers of Iranian gas, and since Turkish data do not indicate an increase in gas imports from Iran, the growth should be tied to more exports to Iraq.

“The country can import up to 1,200 MW of electricity per year and up to about 1.2 Bscf/d during peak usage in the hot summer months when temperatures in the southern part of the country can soar to 50 Celsius. Electricity supply was estimated at 19 GW in 2019 and forecast to reach 20 GW in 2020, while power demand in peak time is around 25 GW”, Luay al-Khateeb, told S&P Global Platts.

To provide additional electricity, Iraq imports both electricity directly from Iran and gas that it uses in its power plants, but still faces a shortage during the hot seasons.

According to World Bank data, due to the lack of gas collection equipment in Iraq’s oil fields, eighteen billion cubic meters of “associated petroleum gas” produced are burned and wasted annually.

Assisted by Western companies, it has been years since Iraq embarked on large-scale projects to collect associated gases in its oil fields. Recently, the Iraqi Oil Minister, Thamer Ghadhban, announced that two contracts had been signed last year for the daily collection of 21 million cubic meters of gas from the Halfaya and Ratawi oil fields.

Earlier in 2018, Iraq had also promised similar projects that would end its dependency on Iranian gas. However, none of the promised projects has had much progress so far.

In the meantime, the country’s projects appear to be slowing down, and falling oil prices have exerted heavy pressure on Baghdad in recent months.

Based on the International Monetary Fund (IMF) estimates, the Iraqi government needs oil prices to be fixed at above $ 60 a barrel to avoid a budget deficit, while Brent oil prices are around $ 20 today.

The International Monetary Fund (IMF) forecast shows that the Iraqi government will be struggling with a budget deficit equal to 23.3 percent ($ 40 billion) of its gross domestic product in 2020.

Iran electricity exports to Iraq, Luay al-Khateeb April 26, 2020
Iran’s coverage: Not being afraid of US result of acting according to Quran: Leader
Iran government to list banks, insurers in new IPO worth over $1bn