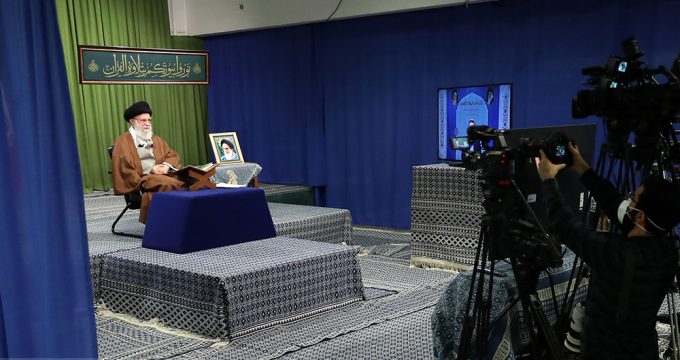 Iran’s coverage: Not being afraid of US result of acting according to Quran: Leader

Ayatollah Khamenei calls on Iranian people not to be afraid of US, bullying powers

Leader of the Islamic Revolution Ayatollah Seyyed Ali Khamenei has calls on the Iranian people not to be afraid of the United States and other bullying powers.

Iranian President Hassan Rouhani said on Sunday that all areas of the country would be categorized according to the coronavirus morbidity rate and the extent of outbreak in order to define various restrictions and better deal with the COVID-19 threat.

US Secretary of State Mike Pompeo has called on the United Nations Security Council to extend its conventional arms embargo on Iran, set to expire in October, citing Tehran’s recent satellite launch.

Iran’s Foreign Ministry called on international organizations and the world countries to take action against the Zionist regime’s plans to expand Israeli settlements and annex parts of the occupied West Bank.

The US Treasury Department’s Office of Foreign Assets Control (OFAC) has, in an arbitrary move, blocked and seized the official domain name of Iranian state-run newspaper “Iran”, the paper’s managing director says.

The death toll from the new coronavirus outbreak in Iran rose by 60 in the past 24 hours to 5,710, Health Ministry spokesman Kianush Jahanpur said on Sunday.

Secretary-General of the United Nations Antonio Guterres hailed Iran’s efforts for establishment of a ceasefire in Yemen.

Iranian Foreign Minister Mohammad Javad Zarif held talks with his Iraqi and Omani counterparts about bilateral relations and the latest developments in the region.