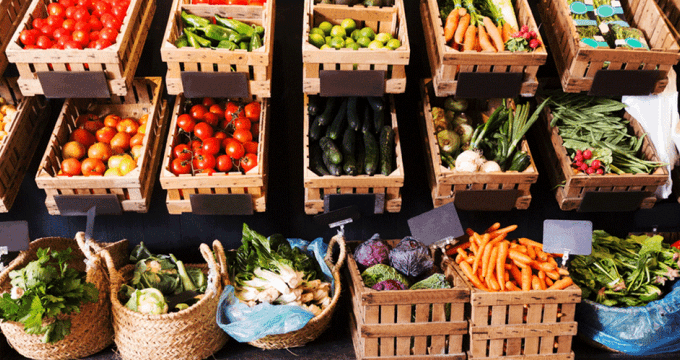 Financial Tribune – The novel coronavirus has inflicted losses worth 39,500 billion rials ($243 million) on the consumption and export sectors of Iran’s food and agriculture industry, a report by the research arm of Iranian Parliament said.

Large-scale lockdowns to contain the coronavirus outbreak have hurt the supply of manpower and disrupted supply chains in the agriculture industry.

However, according Majlis Research Center, the production and supply chains of farm crops, livestock and horticultural crops in Iran were less affected by the contagion, given the time the outbreak began and the freedom of the movement of agricultural products in the country.

Typically, the 12th month of the last Iranian year (Feb. 19-March 19), is a peak selling season for agrifood retailers. They usually expect a 10% increase in prices for the month compared with the average of the first 11 months of last year (March 21, 2019-Feb. 19).

However, the month’s price rise was only 2.2% compared with the average of the first 11 months due to the decline in consumption of agricultural products and food, which pushed down the revenues of agrifood providers by 7.8% or about 32,500 billion rials ($200 million).

Closures of a large number of food-related businesses, including restaurants and hotels, as well as public self-quarantine, have brought about changes in their diet and consumer basket.

Numbers by the Statistical Center of Iran show due to lower red meat demand and poultry prices in the month ending March 19 saw a 15.4% decline in the 12th-month prices compared with the past 11 months’ index last year in comparison with the average of the past 15 years. On the other hand, prices of dairy products were 1.9% higher than the annual trend.

Restrictions on movements at customs and border crossings amid the COVID-19 outbreak have caused a 10% decrease or about 7,000 billion rials ($43.2 million) in agricultural exports. This is while the coronavirus outbreak has accelerated agricultural imports, resulting in a $1.14 billion trade deficit for the country in the month ending March 19.

Agriculture is one of the few economic sectors of the country, which is 90% owned and run by the private sector. It accounts for 10% of the country’s production and 18% of employment.

In-shell pistachios (fresh and dried) topped the list of exports in terms of value, as $628 million worth of the crop were exported during the period.

Pistachio was followed by apples with $309 million, tomatoes with $223 million, unshelled pistachios with $194 million and watermelon with $172 million.

Iran imported 22.65 million tons worth $11.64 billion of agricultural products during the same period to record a trade deficit of $6.44 billion in this sector.

Field corn had the biggest share of imports in terms of value at $1.98 billion, followed by semi-milled rice and white rice with $1.55 billion, barley with $954 million, oilcake with $932 million and soybean with $854 million.