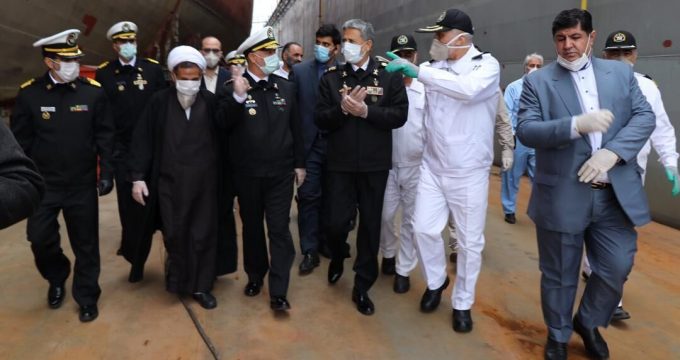 IRNA – Deputy Chief of Staff of Armed Forces for Coordination Rear-Admiral Habibollah Sayyari said on Sunday that the capable defense industry has made the defense power self-sufficient and the armed forces are well-prepared to defend national interests in open Seas.

Speaking on the sidelines of inspection on Damavand Destroyer manufacturing project which was held in the presence of Navy Commander Rear Admiral Hossein Khanzadi and Head of Iranian Navy Industries Rear-Admiral Amir Rastegari, Sayyari said if we believe in our own capabilities, we can progress, but if we lose our self-confidence, we will be overrun by enemy.

He added that the progress have been achieved under the shadow of the most serious sanctions.